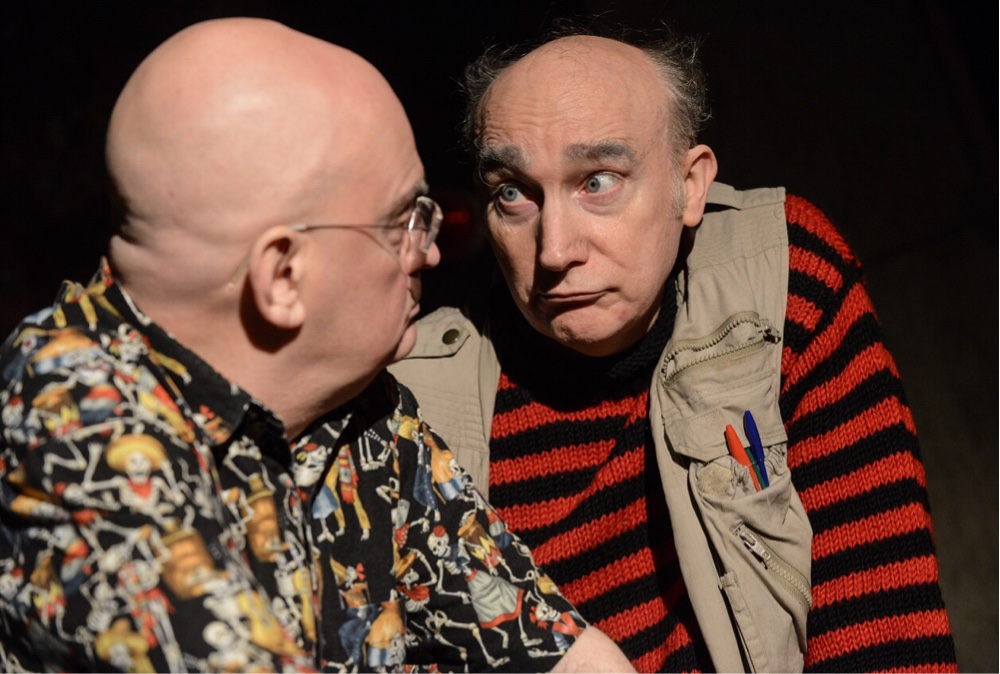 How do you make a play out of the life of theatre maverick Ken Campbell? Turn it into Ken, which is more like a happening than a straight play. A writer comes on stage as if to give a lecture and then things get weird.

Terry Johnson has crafted a fitting tribute with his mostly true stories about his life. The focus is on Terry’s encounters with Campbell. But over the course of the piece you get a sense of the man and his contribution to British Theatre. It’s currently playing at The Bunker following a previous run at the Hampstead Theatre.

The Bunker is a quirky and intriguing space at the best of times with its different seating options. Old seats from the Chocolate Factory and comfy lounge chairs and tables. Thanks to designer Tim Shortall, for Ken it’s been overrun with a fabulous orange shag pile, throws, divans and cane lounges. Get in early if you want the best seats, but be aware that Ken might kick you off them for a bit if the drama requires it. 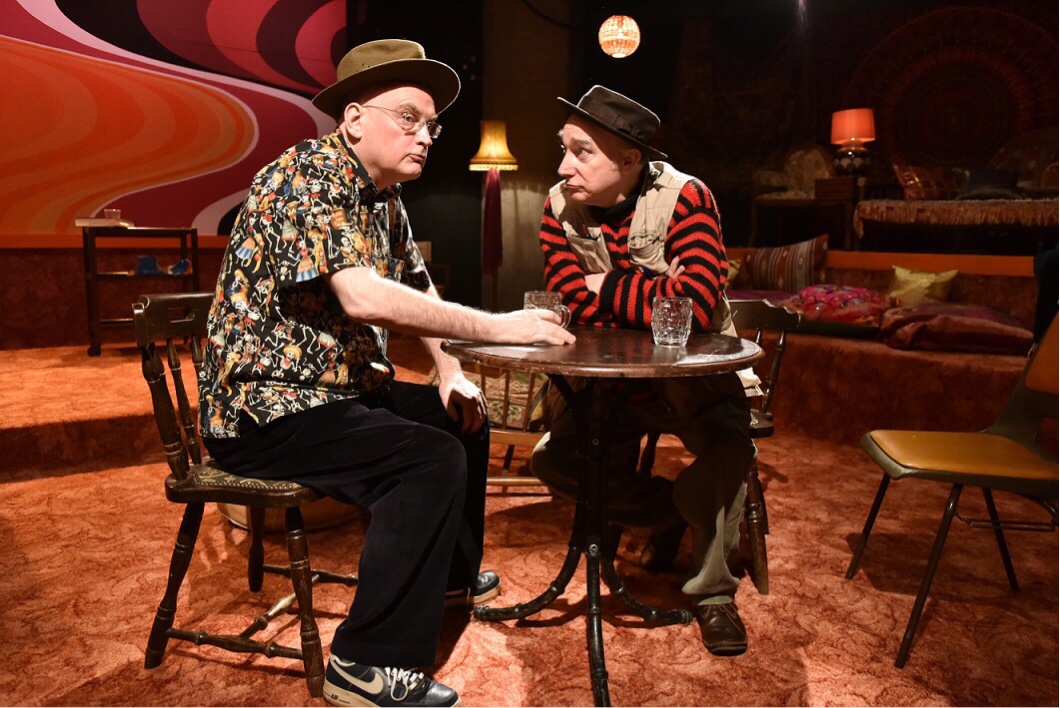 With incense burning and a range of lamps and lights, you feel as if you’re with Terry and Ken back in 1978 when they first met by chance over a telephone call. Ken was after someone else but got Terry to do a few accents. He then told the him he got a part in a unknown play he was working on, since “Jim Broadbent’s fucked off.”

And so ensues a series of hilarious and odd anecdotes of the relationship of the two. Although some of his marathon works (plays of 9 or 22 hours) seem as if they’re from a different time and place today. For someone who finds theatre heaven to be 90 minutes straight through the thought of such ordeals seems ghastly.

As Ken, Jeremy Stockwell is terrific as the title character. He moves about the theatre shouting directions at Terry and repeating lines if they don’t land right the first time. Even if you’re not familiar with the man you get a sense of who he was. Full of ideas and an endless sense of fun.

One of Ken’s practical jokes was a scheme to rename the Royal Shakespeare Company the Royal Dickens Theatre Company. This was after Trevor Nunn’s success staging the marathon play Nicholas Nickleby. This gets the best laughs in the show. Probably as it still is funny on so many levels.

Directed by Lisa Spirling, Ken is at The Bunker until 24 February. 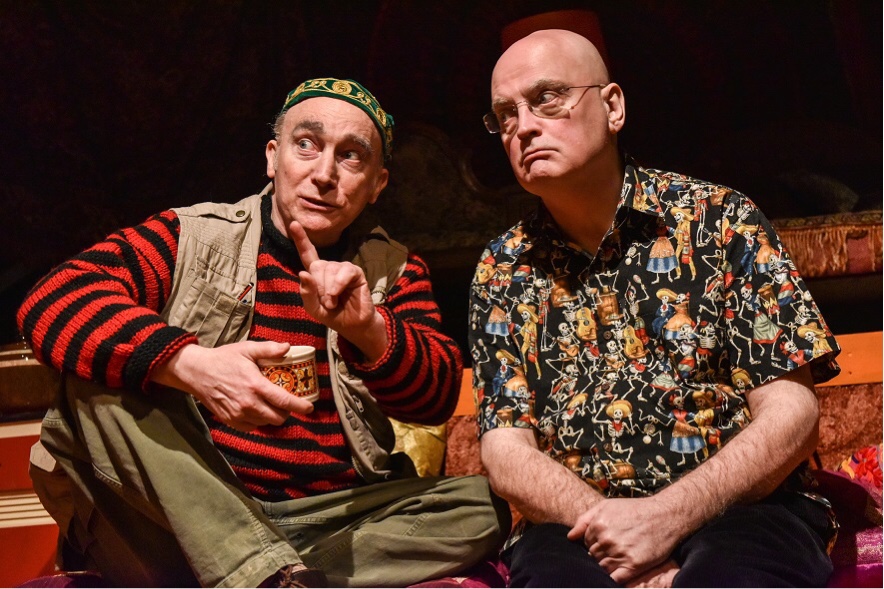