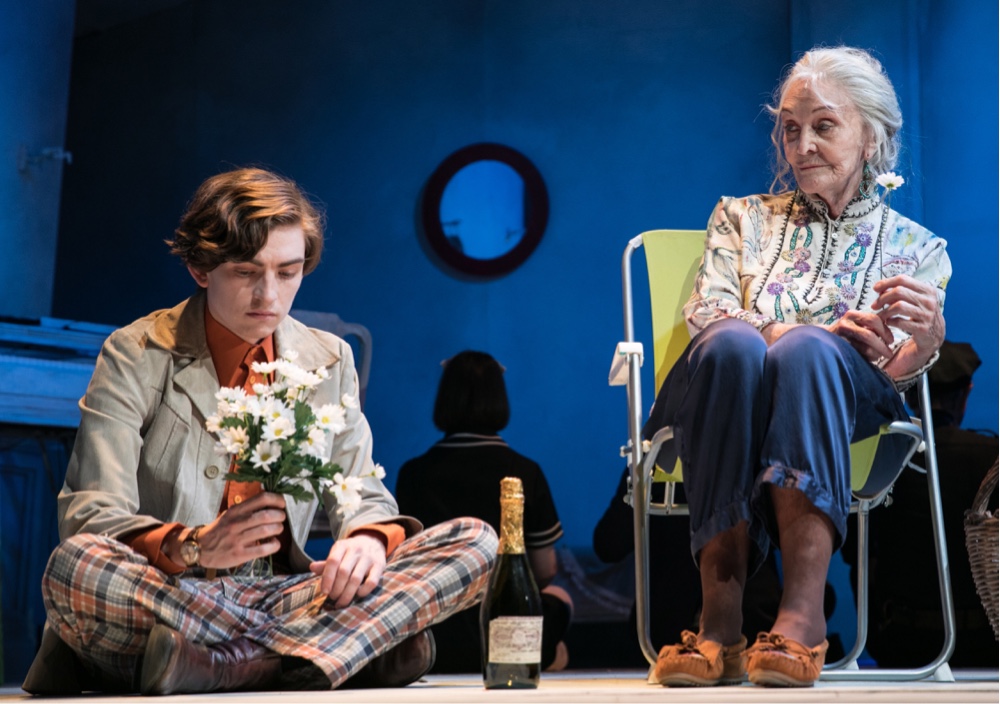 There’s something irresistibly cute and whimsical about this adaptation of Harold and Maude. It’s not as dark or shocking as the film. But the performances and production of this tale of living life and enjoying every stage of it make it a delight. It’s currently showing at the Charing Cross Theatre.

Colin Higgins wrote the script to Harold and Maude as his third year film school thesis. Directed by Hal Ashby and starring Ruth Gordon and Bud Cort it bombed on release. Only later did it develop into a cult following. Higgins, who would go on to write and direct the movies Foul Play and 9 to 5,  would later adapt it into the play we have here.

The story centres on Harold. He’s a young man stuck in the straight-jacket of middle-class early seventies suburbia. He stages suicide attempts to shock his mother. He goes to funerals of strangers and has generally withdrawn from life. 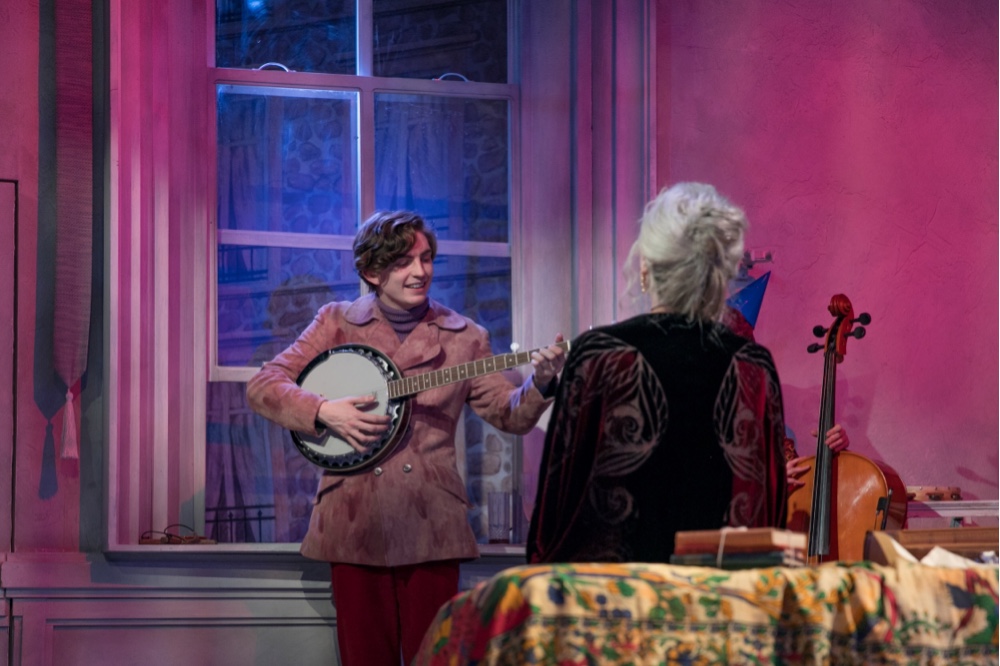 While at one of these funerals he meets Maude. She’s constantly borrowing things; cars, trees, money from the poor box. She’s free-spirited and eccentric. Together they form an unlikely bond in the lead-up to Maude’s eightieth birthday.

The piece takes a very black comedy and gives it a playful, whimsical treatment.

Sheila Hancock gives class to the piece. She is a gentle Maude, coming across as both a free spirit and wise mentor for a life well lived. You’re sometimes left wondering whether its Hancock or her character that’s giving the advice at times. Even advice that seems trite or kooky comes across as a genuine revelatation.

Bill Milner is believable as the troubled Harold. And after the elaborate suicide attempts and withdrawn facade, he transforms into a young man in love.

There’s a great ensemble that serve a range of supporting characters. Samuel Townsend playing a small role of a police sergeant has a scene-stealing moment impersonating a seal snatched by Maude from a zoo. After a few seal howls you appreciate why Maude would want to take him home. And feed him.

Joanna Hickman playing a series of increasingly odd dates Harold’s mother has lined up through computer dating is also a lot of fun.

Just as the music of Cat Stevens was important for the film, here music moves scenes along. The cast play various instruments and Harold and Maude both have a song to sing for each other.

Francis O’Connor’s set with its distorted angles, giant daffodils and ladders to nowhere emphasises the contrasts of the story. Part escapism and part entrapment. Part warmth and part fuzziness.

Directed by Thom Southerland, Harold and Maude is at Charing Cross until 31 March. 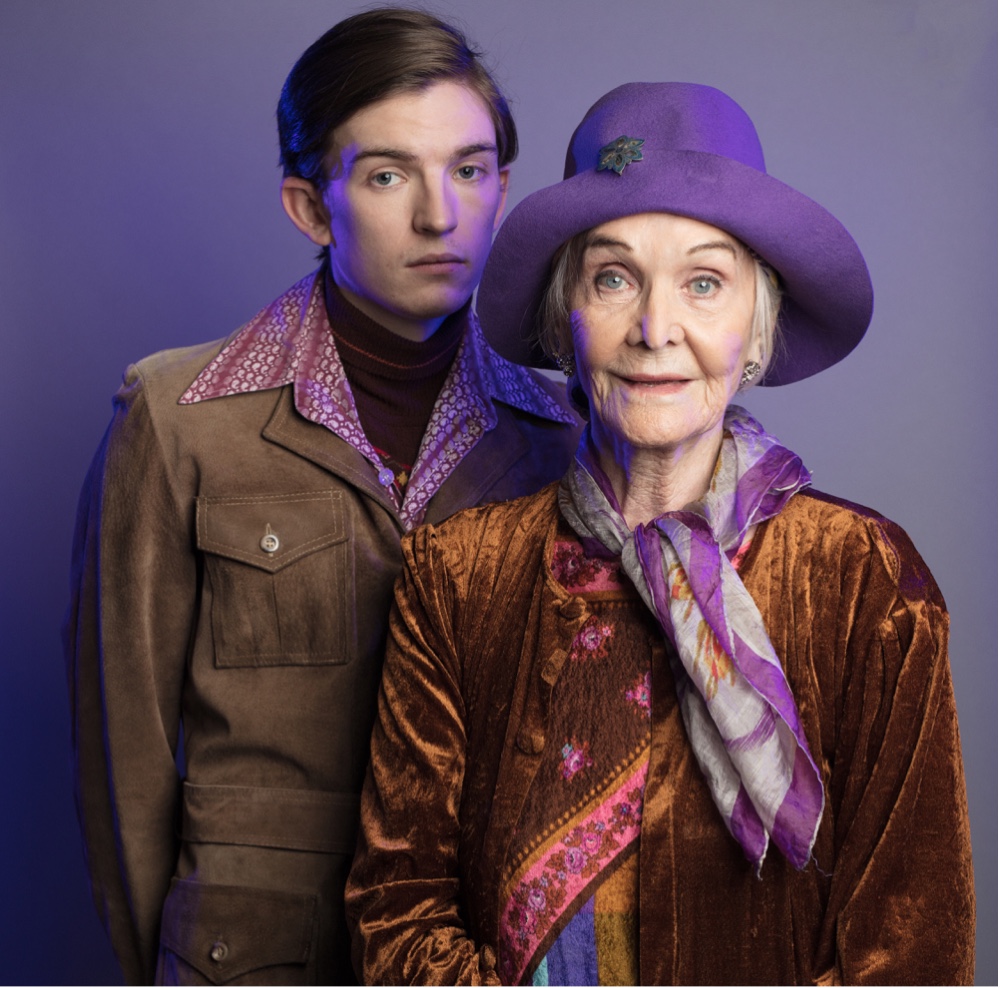