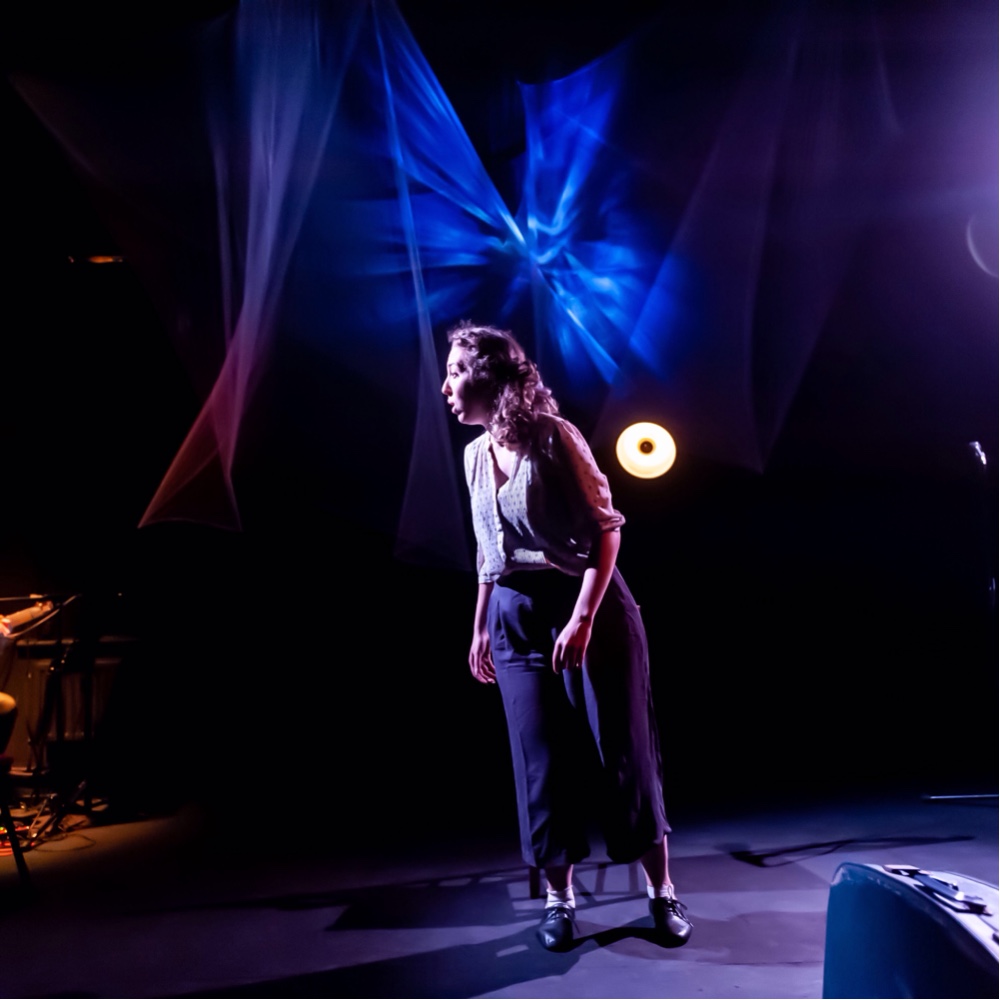 A loss of identity and being between two worlds lies at the heart of Jericho’s Rose. It’s Lilac Yosiphon’s account of a theatre maker who is trying to stay in the United Kingdom. Meanwhile her grandfather is in Tel Aviv suffering from Alzheimer’s. It’s currently playing at The Hope Theatre.

The last time I was at The Hope Theatre it was to catch the excellent Cockamamy, about an absent-minded Spam-hoarding grandmother. This time around it’s about a grandfather trying to remember who he was. It’s as if the venue is becoming the Dementia Theatre.

But this tale is also more abstract. Live music by Sam Elwin, sound loops and evocative projections weave a tale of confusion and isolation. Music, movement and background projections by Will Monk underscore the unsettling environment. For both grandfather and granddaughter. Both are struggling to find a place in the world. Both are in a state of flux. 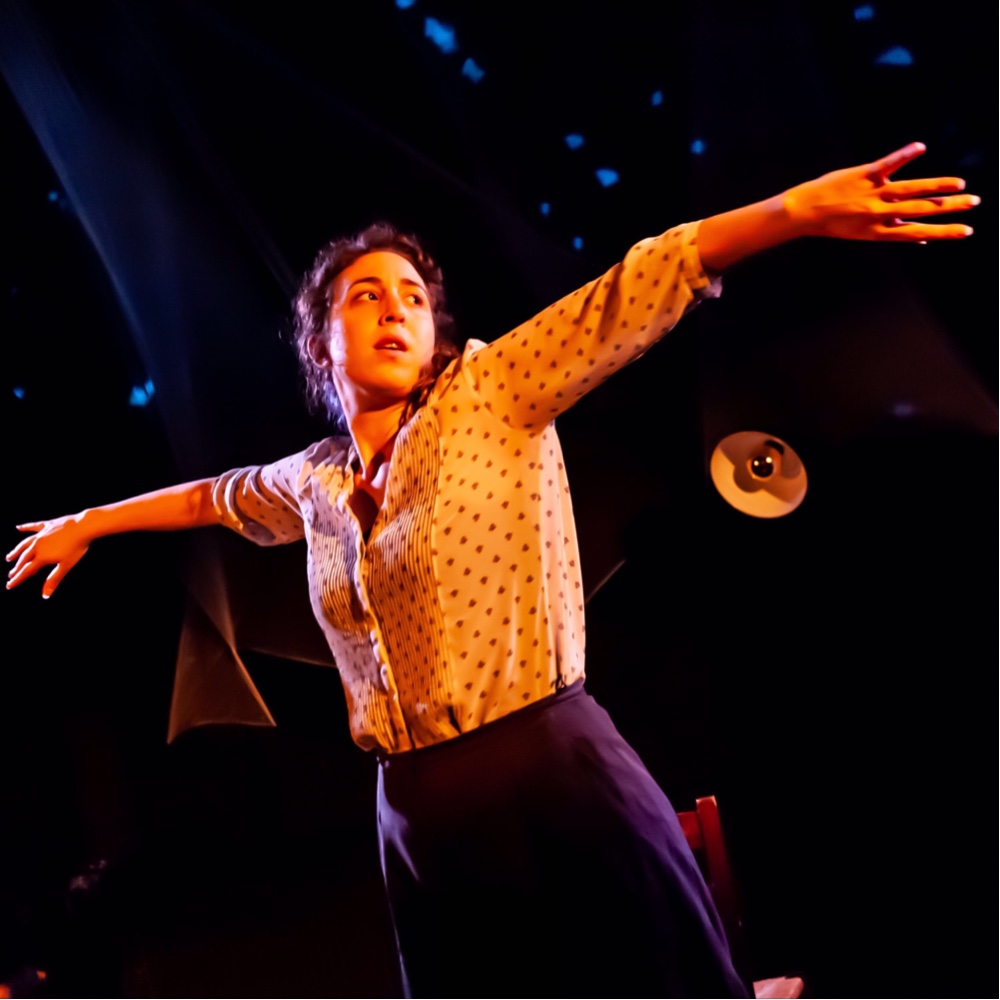 This is a minimalist piece. Part of it’s intent is to repeat in trying to remember the past and the present. Memory plays tricks on both of them. And there is the mundane details both have to endure. For Jasmine, it’s having to follow the excruciating details to reapply for a visa for leave to remain in the UK. For her grandfather it’s trying to remember who he is and who she is. But repetition can be exhausting. For both the characters and the audience.

The reasons why Jasmine wants to remain in the United Kingdom to make theatre aren’t clear. Afterall she has to endure an awful lot of stress (and causal sex) to get there. Perhaps the Tel Aviv theatre scene is just really lousy.

But when things being to come together for both characters in the final minutes the piece soars. This is a fascinating meditation about wanting to be somewhere called home. 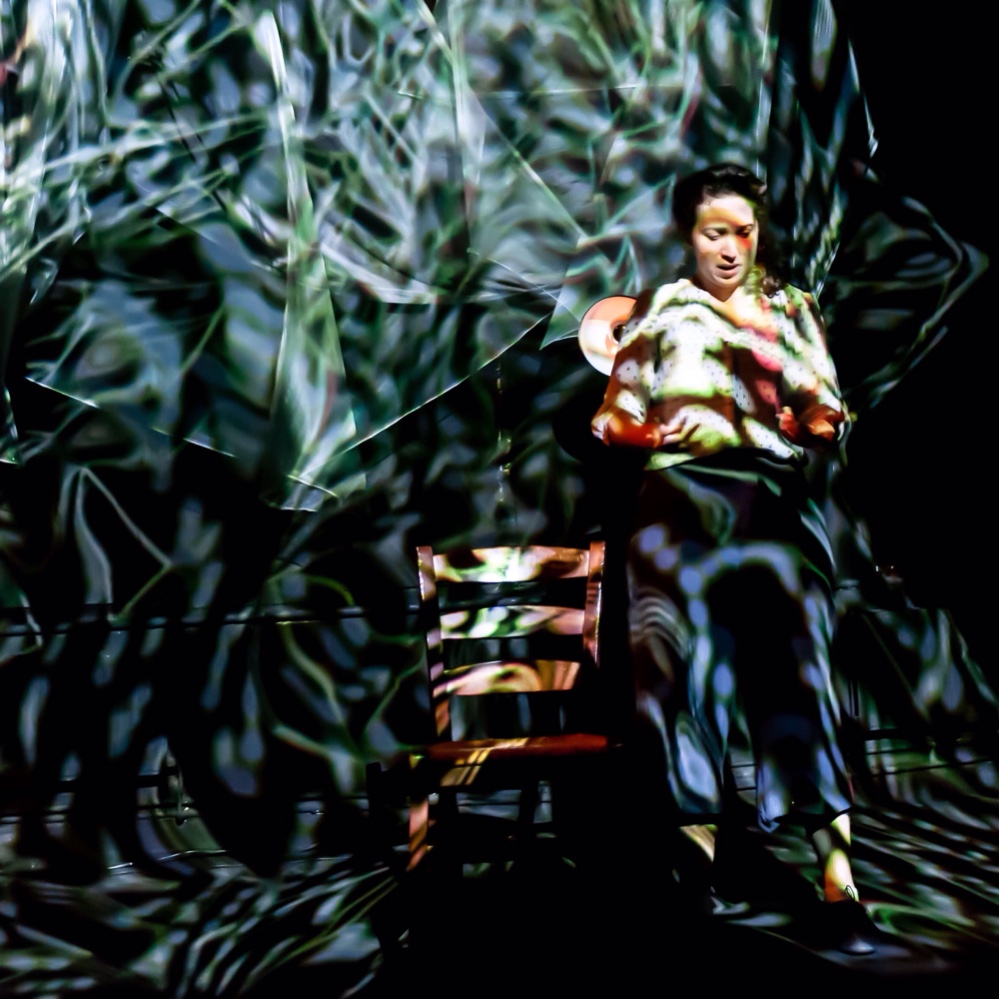