Night and day: The Reality @CervantesTheatr 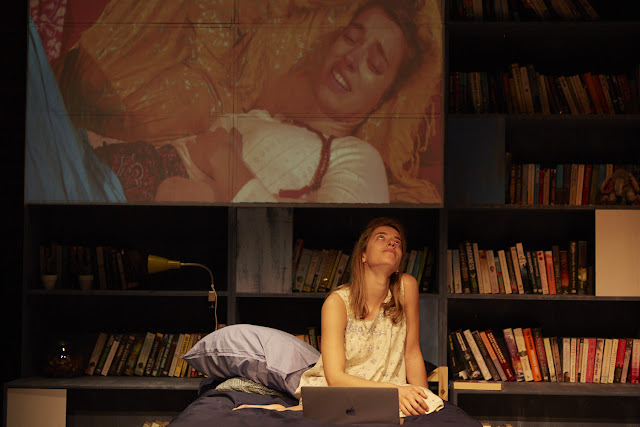 What's real and what's imagined seem to be at the heart of The Reality. A new piece of writing by Denise Despeyroux and translated by Sarah Maitland. It's currently playing at the Cervantes Theatre.

Told over a series of video chats, one sister is dying, and the other has to become more like her. Or is that what's happening? Is there a good sister and a darker sister? One sister who loves life and the other despair.

As the sisters converse, it becomes less clear what really is happening and what are the games being played here.

Maite Jáuregui holds your attention throughout, with her energetic performance as the darker sister. Full of rage and anger. Walking into the theatre, she is repeatedly chanting. It was quite an achievement as she had to do it for an extra five minutes due to latecomers. But the pre-recorded video of her alternate sister feels more like a gimmick and is often a distraction instead of supporting the drama and themes of the piece.

Nevertheless, it's an enjoyable exploration of life and the choices we make. Whether there is light or darkness, it's all one and the same. Designer Mariachiara Maracci has given the character a room full of books, suggesting unexplored knowledge or opportunities yet to be grasped.