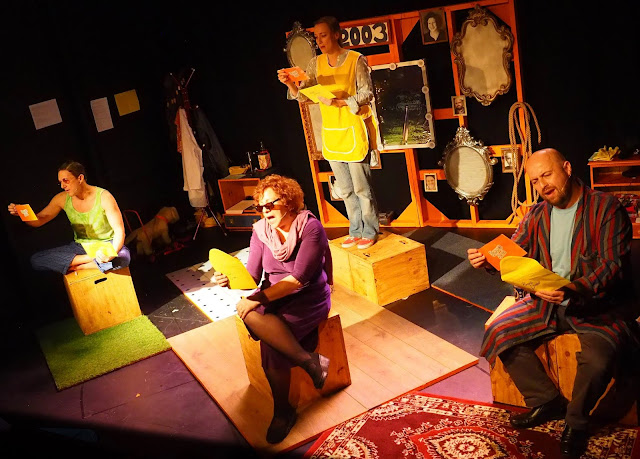 Shows that call themselves hilarious are setting a high bar for themselves. Summer Street the hilarious Aussie soap opera musical, alas does not live up to its name. Despite the enthusiastic cast, and a title song that will remain an earworm long after you've left the show. It's currently playing at Waterloo East theatre.

The premise is that a few years after the cancelling of the first (and ever) soap opera with musical numbers, its stars reunite for a one-off episode. The years have not been kind to the former cast members. Drugs, drinking or dirty costumes seemed to have befallen them. But the "secret" plan is to make this reunion show more geared to the reality era. 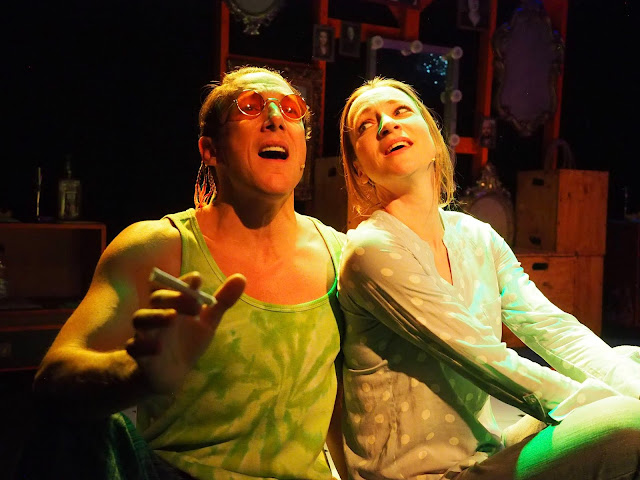 It works best when it's just a silly soap opera where the cast doubles as partners and parents of various characters on the neighbourhood street. But many of the jokes fall flat, and it also misses the opportunity to make others - such as the cast doubling various roles or how hideous the set looks.

The piece with book, music and lyrics by Andrew Norris has evolved over the years to its current form as a musical within a musical. But the attempts to make a comment on the state of British television come across as naive and simplistic. Particularly in the week that the classic contestant bear-baiting reality show Jeremy Kyle was finally cancelled by ITV. The songs don't always help either with their pastiche of eighties sounds and awkward lyrics, even if the title song is awfully catchy.

The cast tries hard to get things to work. Sarah-Louise Young is hilarious in her various wigs and has some great vocals. So does Myke Cotton (who also gets to show off his pecs and abs). Simon Snashall and Julie Clare make great sparring partners. But it still feels a bit like a wasted opportunity.

Directed by Andrew Norris, Summer Street, the hilarious Aussie Soap Opera Musical is at the Waterloo East Theatre until 2 June. 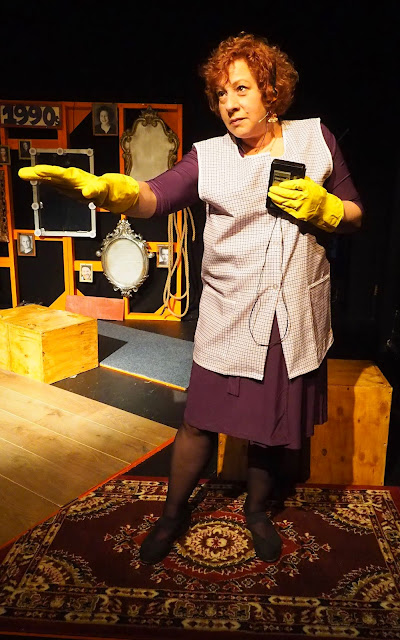