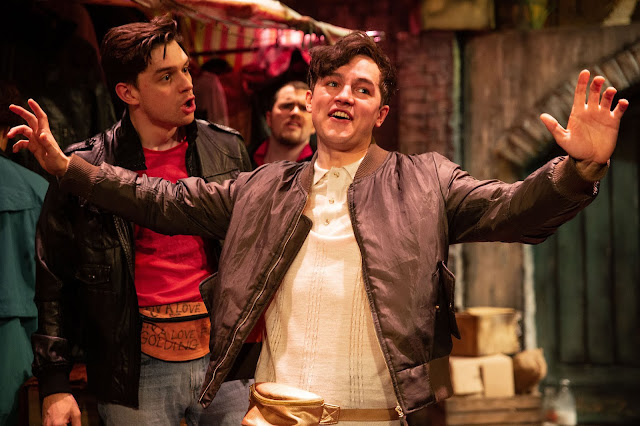 In Market Boy, the market is free and full of life lessons. Never dull. There’s no time to dwell on why you’re there as there’s merchandise to move and money to be made. And maybe a girl to impress. It's currently playing at the Union Theatre.

The show opens in the early 1980s at Romford Street Market. It’s the era before online deliveries and fashionable farmers markets selling fresh produce. This is a rough trade. And Boy (Tommy Knight), lands a job selling women's shoes. Under the apprenticeship of Trader (Andy Umerah), he learns a thing or two about shoes, selling to the women of Romford, and closing a deal.

David Eldridge’s play, first seen at the National Theatre over ten years ago, whisks you on a journey through the eighties from boom to bust. With over fifty characters, all are loveable rogues with hearts of gold. And they have a thing or two to teach the Boy. 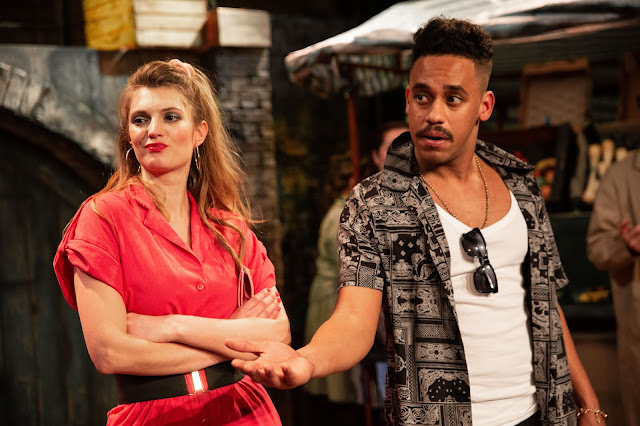 What this show lacks in epic scale (or characterisation), it makes up with enthusiasm and energy from its young cast as they move through the decade changing characters, fashion and music.

There’s been a street market at Romford for as long as anyone cares to remember. It’s free-wheeling no rules approach gives you some idea why these hard working people loved Margaret Thatcher. And weren’t too keen about the European Union either. But politics isn’t the focus here. It’s the thrill of chasing the deal, no matter how small.

A slice of life set to the music of the eighties is hard to resist. Even if you’re left wondering how many of the characters nowadays are delivery drivers for Amazon. But that’s the power of the free market for you. Especially when it pays more, and you're not setting up a stall before dawn.

Directed by Nicky Allpress, Market Boy is at the Union Theatre until 11 May. 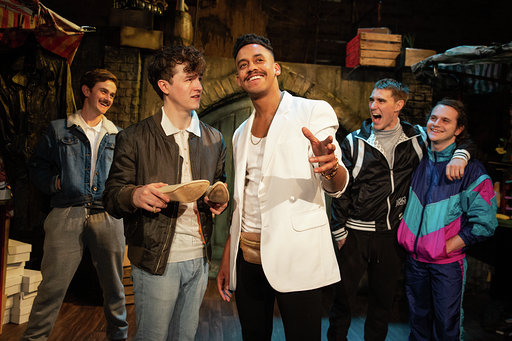