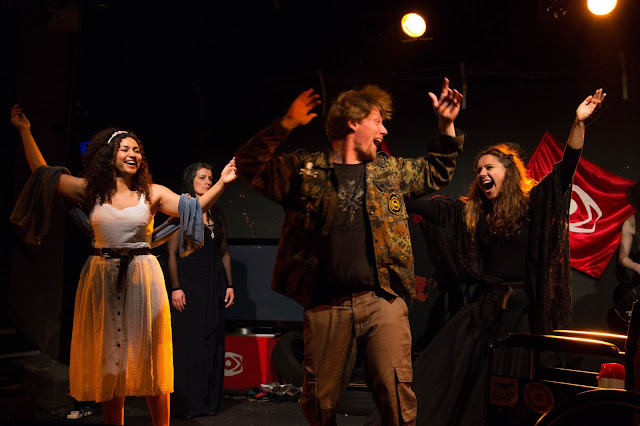 It opens where two travellers approach Argos, a town where everyone is in mourning. One is Orestes in disguise. The city has become a dark place cursed with flies as punishment from the Gods since the murder of their king, Agamemnon. But Orestes is about to change that with the help of his sister, Electra.

The production uses video, live music and various theatrical tricks. But it feels heavy-handed in its execution. Flags from the city look like a reality television logo. Shouting and great expressions are the default position. When the flies arrive it’s more a cue for cast hysteria. Which seems unintentionally funny. Nothing is particularly subtle here.

It’s too bad as it's great that there are companies out there dedicated to translating plays into English, allowing London audiences to see works from around the world. Perhaps this one is of a time and place that has passed.

Directed by David Furlong, The Flies (or Les Mouches) by Jean-Paul Sartre is at The Bunker Theatre until 6 July. Check the website for dates when it's playing in English and French. 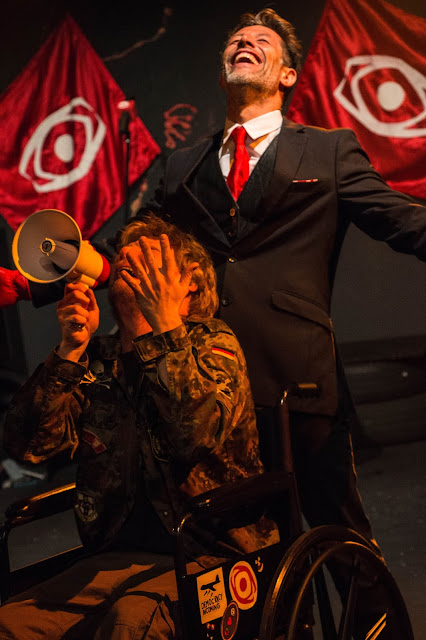