The man with the banana: Flinch @ORLTheatre 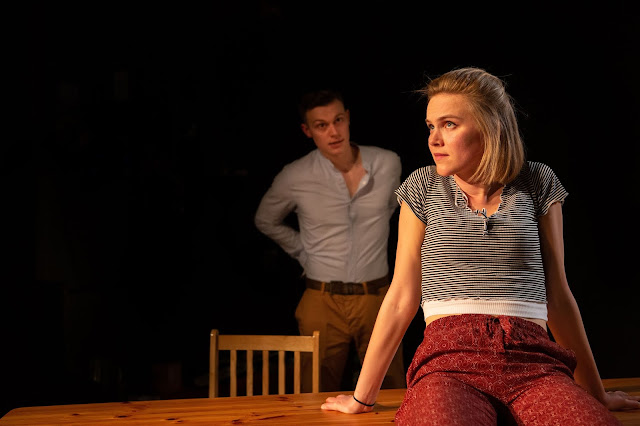 Flinch is a play about gender roles. But it’s also a timely reminder that you date actor-writers at your own peril. As you never know if you’re going to be the material for their next piece. Emma Hemingford writes and co-stars in this piece about modern relationships which is having its debut at the Old Red Lion Theatre.

She plays Jess, an actor of sorts struggling with auditions and lecherous directors. Mark (Joseph Reed) works in the city as a trader. Just as they move in together into his Bethnal Green flat, an incident happens. A violent mugger appears and threatens them both. Mark flinches (or according to Jess screams and runs away, leaving her alone). It turns out it was a bit of a joke since the mugger was brandishing a banana (and wearing a pretty camp t-shirt). 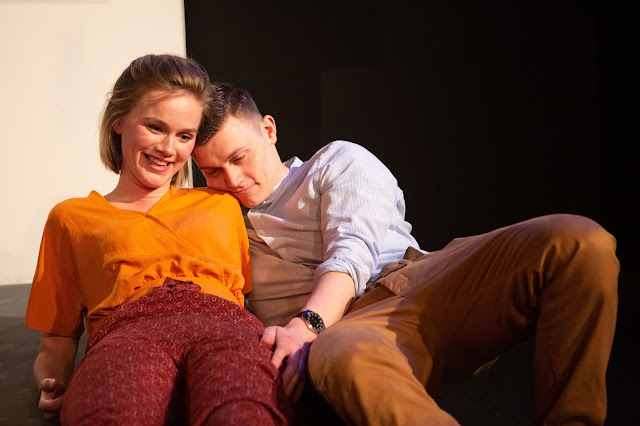 But this sets in motion a series of innocent conversations that lead into darker territory about the disappointments they have with each other.  The piece works at it’s best during these conversations. And it highlights how one moment can begin to unravel everything. Hemingford is terrific as smiles so innocently, probing Mark and challenging his masculinity. Reed is more than her match on the defensive or trying to work through what role he should be playing as a modern man.

There are dreamlike interludes where the camp man with the banana appears (Andrew Armitage). He’s clearly on their minds, but you figure he’s the catalyst for a more meaningful discussion the two need to have. Slowly the couple realises that they don’t belong together. Except in a play. Which she writes in the end and presents to him.

Directed by Rosalind Brody, Flinch is at the Old Red Lion Theatre until 15 June. 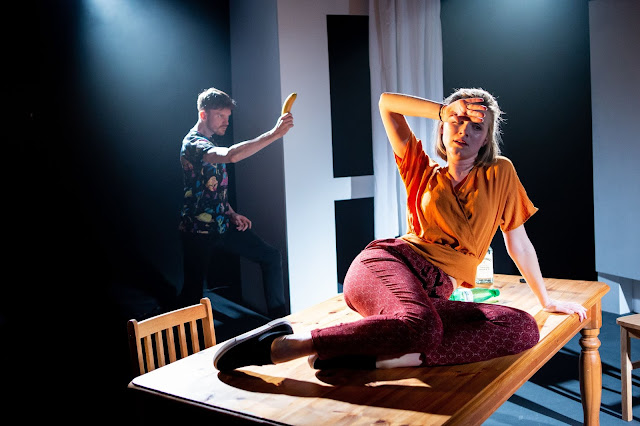