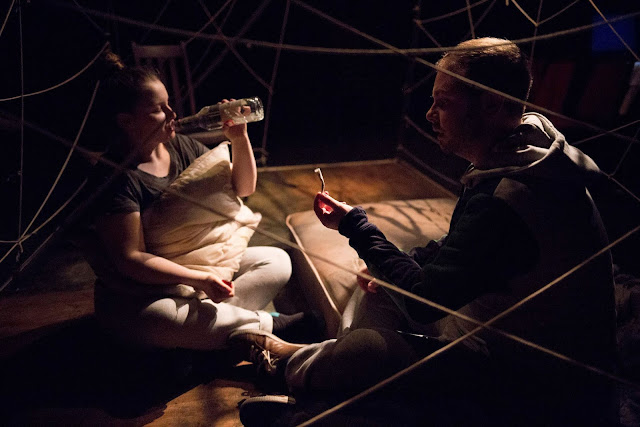 It’s a game of survival of the fittest in Starved. A desperate world set in a bedsit on a rough estate in Hull in northern England. Two characters circle each other like wild animals as their circumstances and choices strip them of their dignity. And any creature comforts. It’s a short and provocative piece that’s currently at The Hope Theatre in Islington.

Money may not be able to buy you happiness, but it gives you options. Here the two young characters, Lad and Lass, have nothing. They’re on the run and hiding out, having dropped out of society. But they’re running out of luck too, trying to get by living on a diet of cup-a-soups and whatever they can steal. 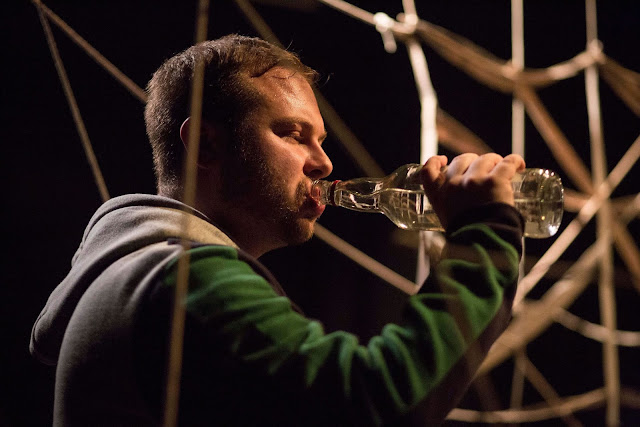 Writer Michael Black (who also plays Lad) lures you into moments of comedy before quickly shifting gear into much darker territory.  Imprisoned by their circumstances, they retreat into a world of hunger, scraps, sexual favours and addiction until they hit the point of no return. But it’s such a natural progression that the power of the piece is how it highlights how easy it is to be young and poor and drop off the radar.

Both Black and Alana Connaughton keep you on the edge of your seat with their sparring. And it’s underscored by an unsettling soundtrack that ratchets up the tension in the piece as it develops and the two young people reach their breaking points.

A simple production which marked out by ropes that make it feel like the characters are in a boxing ring. A dirty mattress is in one corner and strewn about are a few bottles of vodka and a few empty cup-a-soup packets. It’s grim, yet evocative.

Directed by Matt Strachan, Starved is at The Hope Theatre until 3 August. 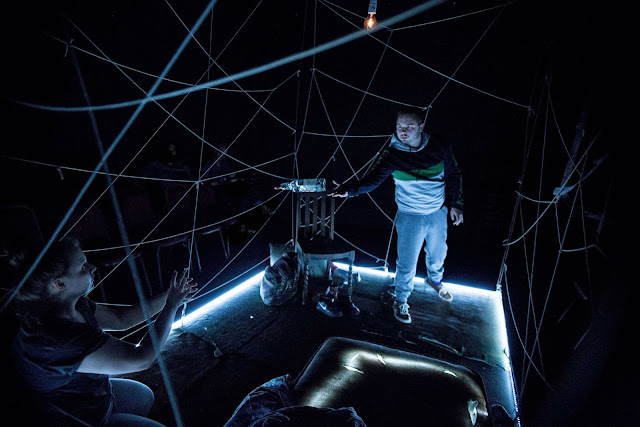