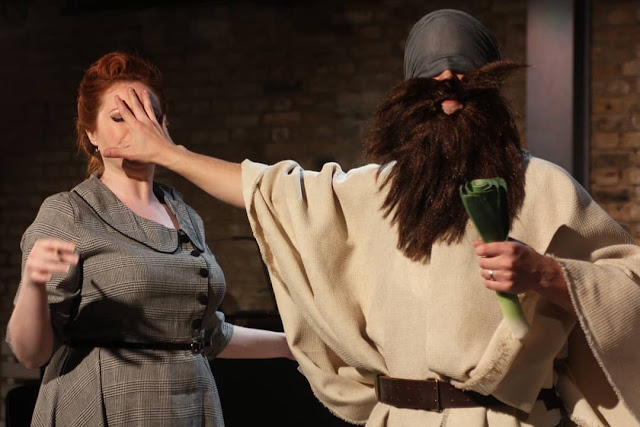 August at the Arcola Theatre is an opportunity to see fresh takes on classic operas or forgotten works by up and coming opera companies and artists. They call it Grimeborn (just so you’re not to be confused with that other opera festival near Lewes). This year’s series included a chance to see Rossini’s Le Comte Ory translated into English by company Opera Alegria.

The time and place have shifted from the Crusades to the Second World War, but it’s still the same story.  A  slightly randy Count Ory (Robert Jenkins) tries to woo his way into the life of Countess Adéle (Naomi Kilby) while her brother is off fighting the war. While the women wait for their men to return, they’re growing vegetables and making do on the home front. But Count Ory hatches a scheme for him to appear as a hermit who can advise on matters of the heart. That doesn’t go to plan, and Adéle falls in love with a farm boy. So his next idea is to reveal his true feelings to her, disguised as a nun. 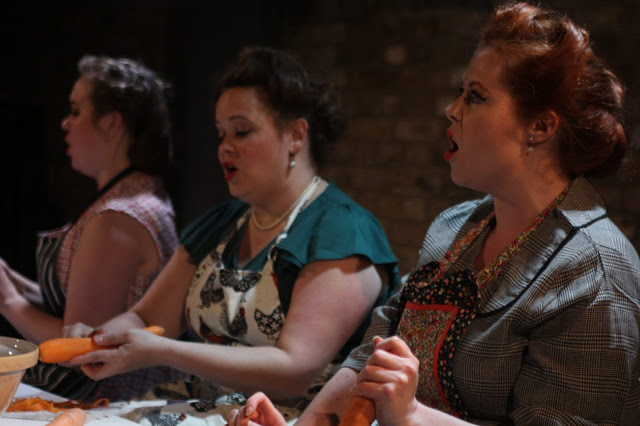 It’s a silly story, but with a youthful and energetic cast, it’s imbued with extra vigour. And attention to detail is given to both the singing and comic potential of the piece throughout. A trio singing about loneliness while peeling carrots becomes something a little bit more explicit about why they need men back in their lives. And the final scene which involves a three in a bed romp (which includes a nun) has a surprisingly modern outcome for the period.

This English translation, by music director Lindsay Bramley, makes it sound as if it’s a lost Gilbert and Sullivan piece. The rhymes and unexpected utterances are hilarious on their own. And the well-choreographed insanity takes it to another level.

Directed by Ben Newhouse-Smith, Count Ory has concluded its sold-out run at the Arcola Theatre, but the Grimeborn Festival continues through August. Hopefully, there will be future opportunities to see Opera Algeria’s production.