It's not enough for a circus act nowadays to offer a series of acrobatic feats. Nowadays, they are pushing all sorts of conventions. There's the all-male, the all-female, the all minimalist. Rouge is the all gender fluid pan-sexual circus for grown-ups who like a bit of everything. But only if that everything includes a little bit of nudity and a bit of mild titillation.

The men wear eyeliner, the pairings are male-female, male-male and female-female.  Strong female types abound throughout. It's a unique concept that's marred by its own timidity. It's currently playing at the Underbelly Festival on the Southbank.

The performers are interesting enough. There's the aerial trapeze, the ring, and the strap. All are deftly executed. There's a terrific flame swallowing routine which seems all the more intense in the confines of the Spiegeltent. 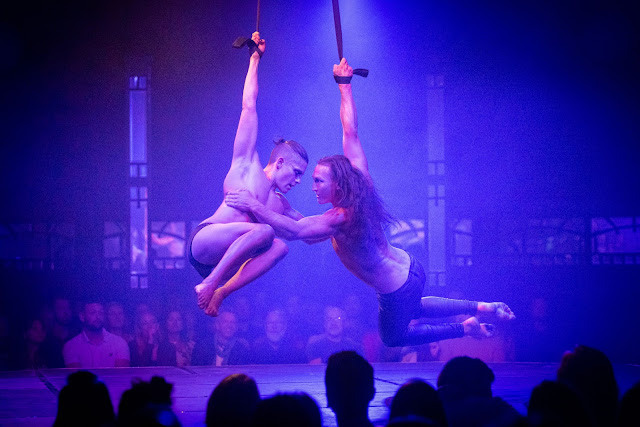 An inventive sequence happens where the performer is wearing a lampshade and combines hula hoops with a frantic strip dance with electric lights. Full of frenetic energy and timing, it's a feat of electrics and anxiety.

But despite some great individual performances, something is amiss in the show. The comedy misfires and the production values are poor. Performers were mostly flatly lit. There was much  pointless strobe lighting. And the soundtrack accompanying the piece could have been lifted from commercial radio. If you're going to hold the undivided attention of an audience (so they don't keep wanting to head to the bar), the show needs to shock and amaze on every level. Hopefully, their next outing is more unconventional.

Rouge is at the Underbelly Festival on the Southbank until 15 September. 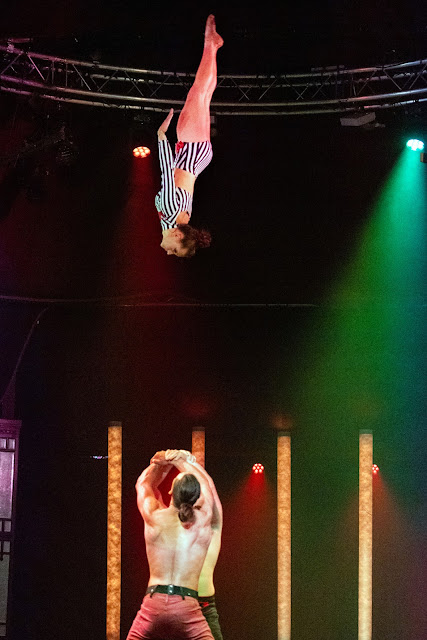