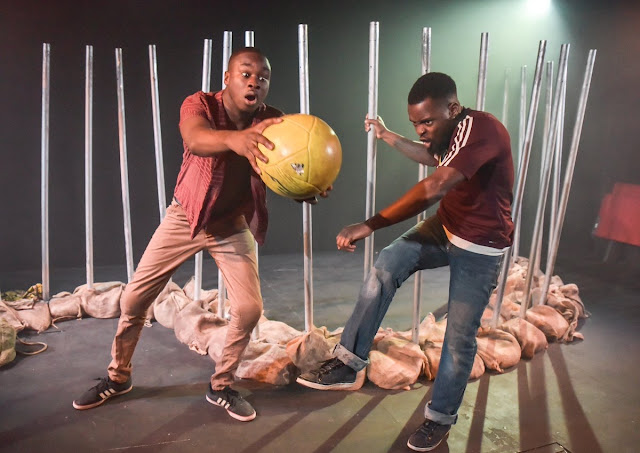 A Booker-Prize nominated novel by Chigozie Obioma about families, vengeance and fate, is adapted into a two-hander play and currently playing at the downstairs space at Trafalgar Studios. It’s an intense, haunting and brisk adaptation by Gbolahan Obisesan of two men reunited after a tragedy.

A prophecy of foreboding trouble haunts four brothers living in a small Nigerian town. Two brothers, Ben (David Alade) and Obembe (Valentine Olukoga), secretly fish at a forbidden river along with their two older brothers. They risk both their lives and angering their father by fishing there. Until one day, they come across a madman who changes their lives permanently.

It opens with the two brothers meeting on either side of a riverbank. Some time has passed, and their reunion at first brings joy. And then takes a darker turn as family relationships, guilt and superstitions are remembered. 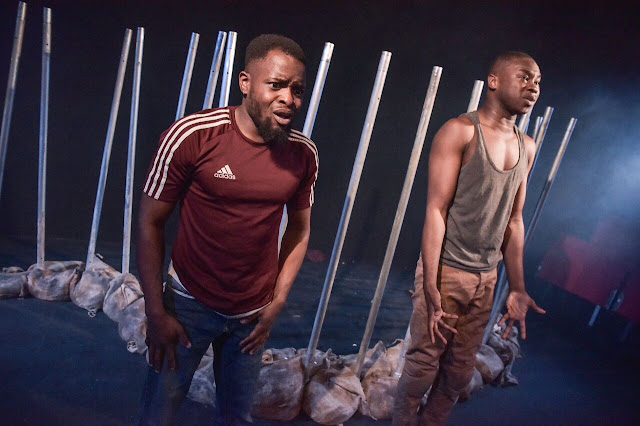 As the two storytellers, Alade and Olukoga bring humour and warmth to their roles as they portray a variety of characters. Even if you’re not entirely sure what you are seeing. Those familiar with the book may be on firmer ground. But the confusion doesn’t always distract from the journey.

It’s imaginatively staged by designer Amelia Jane Hankin. A real barrier of meandering sandbags and poles splits the stage becoming the divide. But it’s also the tools for fishing and much more.

Directed by Jack McNamara, The Fishermen from New Perspectives theatre company is at Trafalgar Studios until October 12. 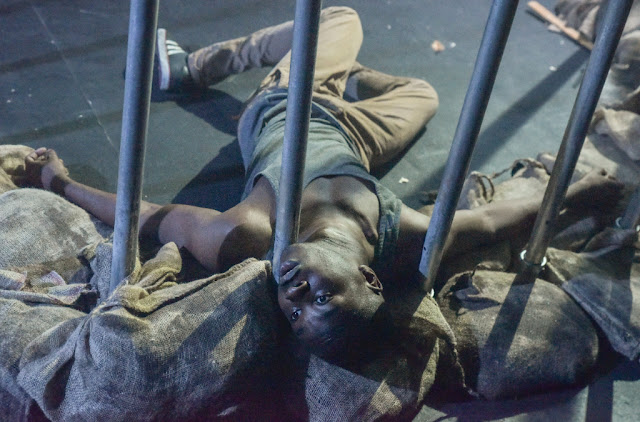