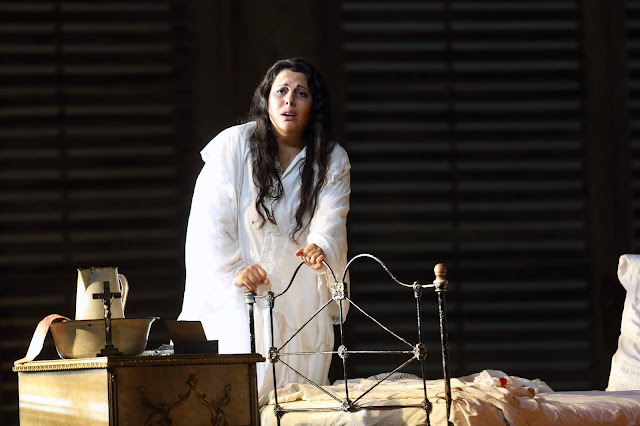 The original hooker with a heart of gold (and lungs full of blood) is back at The Royal Opera House for the Christmas period and beyond. It’s a bright and stylish production that was first seen at the Royal Opera twenty five years ago. But La Traviata, or the “fallen woman”, is more than just froth, bubbles and champagne. It’s also about the frailty of life and how redemption can come in many guises. In this particular version conducted by Daniel Oren, it’s the somber more reflective moments that stand out. Whether you like that sort of thing or not.

In case you were wondering if there’s a plot to all these emotions in La Traviata, it centres around Violetta, a courtesan who at one of her lavish parties dumps one lover for another. But her new suitor, a moderately wealthy man called Alfredo, turns out to be more than she expected and they both fall in love. Meanwhile Alfredo’s bourgeois father seeks to restore the family honour while Violetta grapples with moral choices while her health continues to fail. And this is all set to some of Verdi’s best known music. 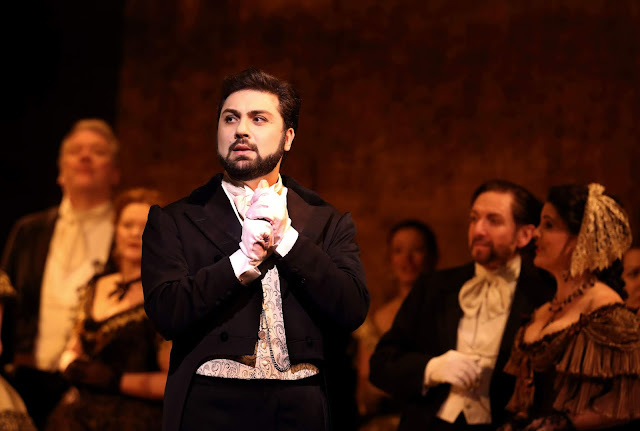 As Violetta, Hrachuhi Bassenz seemed hesitant at the party scenes, and lost among the full orchestra. But what she lacked in power she made up with her vocal range and vibrato that helped deliver a nuanced performance.

As her young suitor, Alfredo, Liparit Avetisyan, complimented Bassenz’s voice and well-suited the more sombre tones of this production.

While death looms large, the rest of Richard Eyre’s enduring production is lavishly staged. Everything is either bathed in gold or gorgeously decorated. And the party scenes are just as evocatively staged as ever with the packed crowds and mostly fine chorus singing. Here you get the sense though it’s all just a warm up for the mortality to come. Now that’s a thought for the festive season.

Directed by Richard Eyre and revival director Andrew Sinclair, La Traviata will be running at various dates (and casts) at the Royal Opera until March 2020. 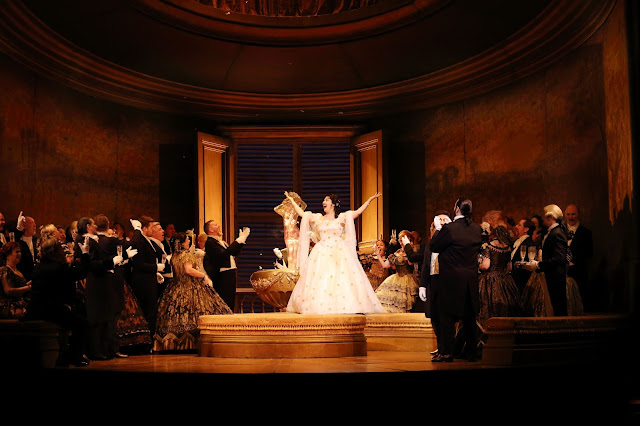