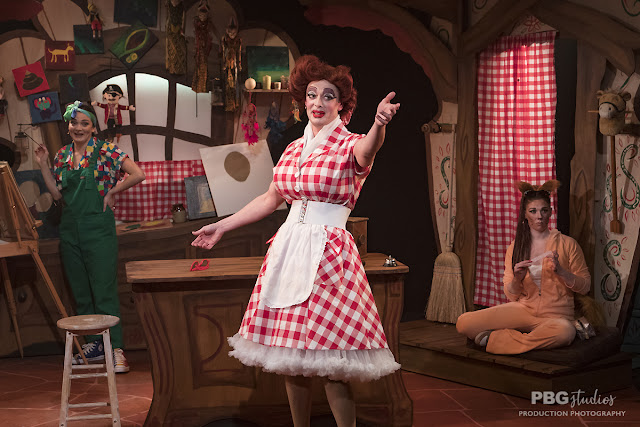 No Christmas is complete nowadays without an adults-only pantomime. These shows don't have to worry about innuendo, they aim right for the crotch. So it’s no surprise that in Pinocchio No Strings Attached at Above The Stag, the young boy has a different growth to deal with when he tells a lie. But despite an amusing premise and a cast that seems eager to please, the piece is overlong and a bit limp.

Set in the fictional Italian port side town called, Placenta, Toymaker Gepetta and her lesbian niece are on the run from the law. Gepetta seeking a man in her life inadvertently calls on the local lesbian fairy Fatima who brings her toy... boy to life. Meanwhile, there’s a wealthy evil landlord, Figaro who wants a piece of the action, a cat with a severe fur ball problem and a footballer thinking of coming out of the closet. 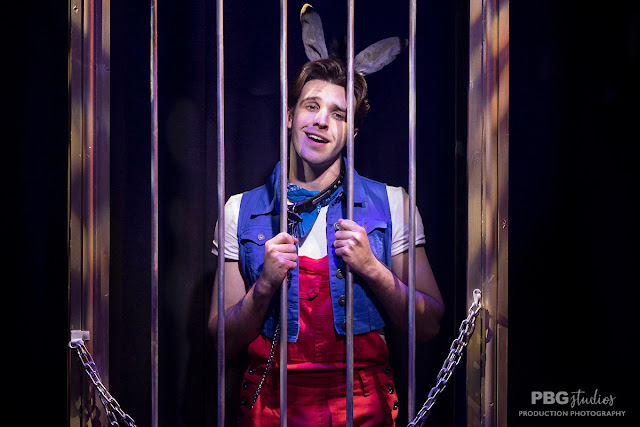 For a pantomime, it’s surprisingly faithful to many elements of the Pinocchio story. Albeit with gay, lesbian and pantomime dame flavours. But with many possibilities - boys turning into donkeys, appendages that grow and lesbian fairies - many of the jokes fall flat, and a distinct lack of sexiness pervades throughout.

Still, it looks terrific with its gorgeous set designs by David Shields, and Christopher Lane is deliciously evil as Figaro. Dami Olukoya as the straight-talking Lesbian fairy is a welcome relief. And since Pinocchio can’t whistle in this story the way he has to summon her is worth a laugh.

Directed by Andrew Beckett, Pinocchio No Strings Attached continues at Above The Stag Theatre until January 11.