Mind the gap: One Under @arcolatheatre 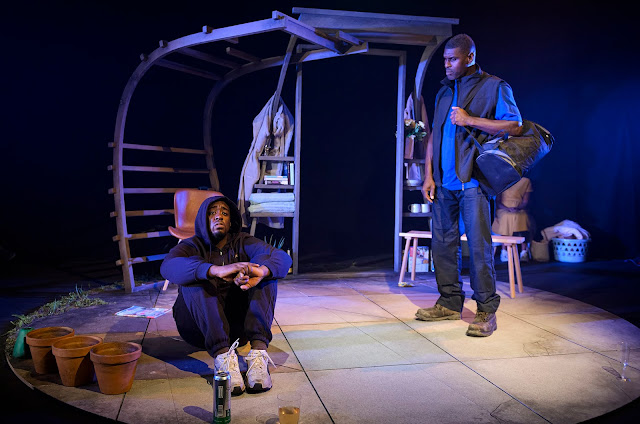 Winsome Pinnock’s play, One Under revisits the aftermath of a young black man’s suicide on the London Underground. The pieces of his life are recreated in search of meaning. It’s a fascinating (albeit slowly paced) tale about a life not lived. Produced by Graeae, which specialises in placing deaf and disabled artists on stage alongside Theatre Royal Plymouth, it’s been on tour before settling in for a short run at the Arcola Theatre.

He’s Sonny by name and by nature. But something isn’t quite right. He thinks people follow him and watch him. He has lots of money too. Is he paranoid, or are there darker forces at play? 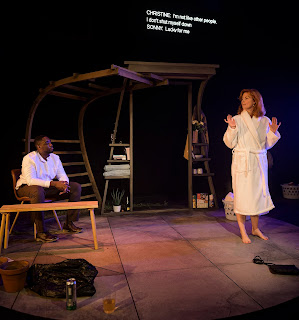 After his death, the tube driver of the train that killed him, Cyrus (Stanley J Browne), goes on a mission to find sense out the senseless loss of life. Befriending his adopted mother and tracking down he is girlfriend at a laundrette, his determination to make sense of it all starts to become an obsession itself.

The play underscores that despite appearances, you never can really be sure about what is going on in people’s minds. And there are some insightful observations about the pressures on young black men in London.

It also has a simple yet effective set design that doubles as modern home furniture or platforms underground with announcement boards (that also serve as screens captioning the dialogue).

But the leisurely and fragmented nature of the intertwining stories can be a little frustrating at times. Directed by Amit Sharma, One Under is at the Arcola Theatre until 21 December. 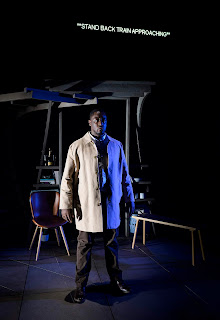