Tales from the monoculture: One Million Tiny Plays About Britain @JSTheatre 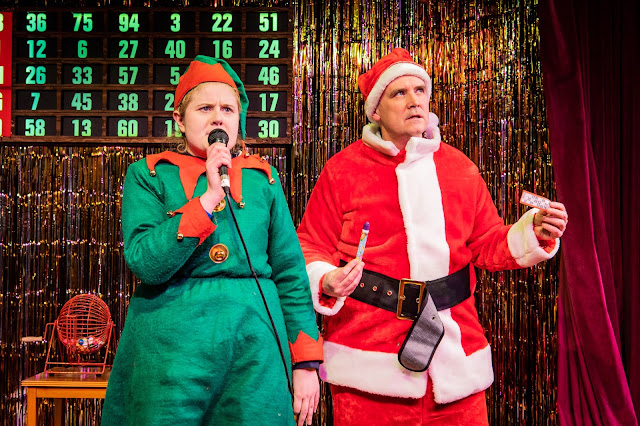 There is a theatre-sports feel to One Million Tiny Plays About Britain, currently playing at the Jermyn Street Theatre. Two actors are thrown into the challenge of portraying characters of a range of ages and types across Britain with barely seconds to make costume or wig change. At best, there are some touching moments about chance encounters. But by the end, you feel there's a repetitiveness to the characters and their micro stories so that you feel like it's more like a million tiny plays about the same thing.

The most fun from this show, however, comes from its send-up of the Jermyn Street Theatre and audiences that you likely find here. Before the show begins, the actors are playing ushers telling the audience where to go, with a direct yet amusing twist. The theatre announcements, including when the toilets are about to be closed are delivered with elaborations. And before the second half gets underway, we're treated to a game of bingo. 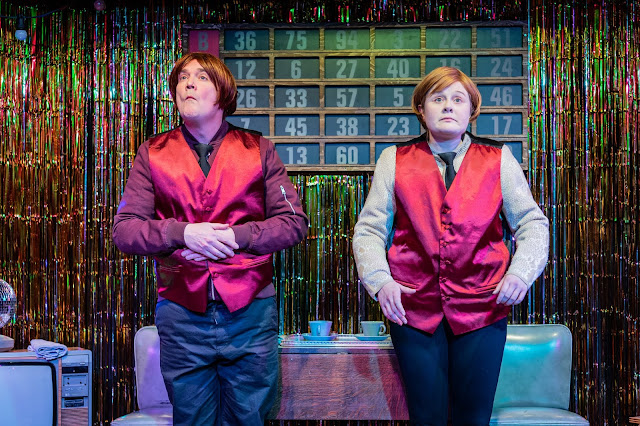 Playing the various characters, Emma Barclay and Alec Nicholls, give the show it's heart and warmth. They switch costumes, wigs and accents within seconds. And the bingo hall design by Ceci Calf feels as if you could be somewhere in middle England. But as the piece goes on, it feels more repetitive than revelatory. The setups often don't lead anywhere. And despite the best efforts of the cast, it's only a superficial account of diversity in Britain. A series of tiny plays about a monoculture might be more appropriate.

Nevertheless this outing of the show, complete with Christmas tree, tinsel and a bingo game is an inspired alternative Christmas shown. Written by Craig Taylor and directed by Laura Keefe, One Million Tiny Plays About Britain continues at the Jermyn Street Theatre until 11 January. 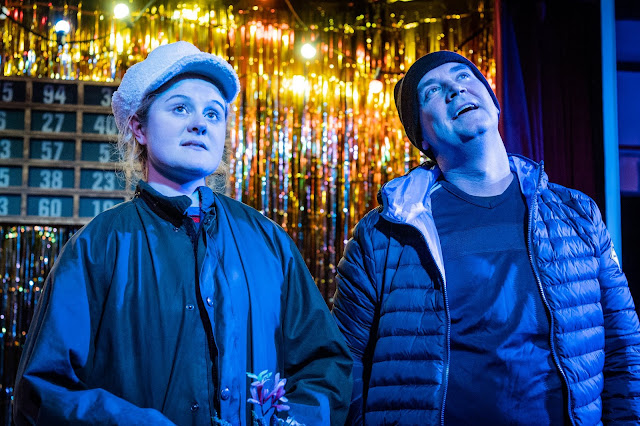