What do you do when you're the only working-class black kid who has a scholarship to a prestigious grammar school? Written and performed by David Ward, The Canary and The Crow is a funny and lively story about what it's like growing up black in Britain. And how trying to fit in leads to all sorts of unexpected life lessons. It's currently playing at the Arcola Theatre.

It's a bit like joining a party coming to see it. There's a party atmosphere happening on stage thanks to the music by Prez 96 (Nigel Taylor). As the show gets going, he becomes Ward's neighbourhood friend. They're joined by musicians Rachel Barnes and Laurie Jamieson on cellos, keyboards and vocals to tell a story about identity and belonging in modern Britain. It may be called gig theatre here, but it's also a compelling and funny piece of storytelling. 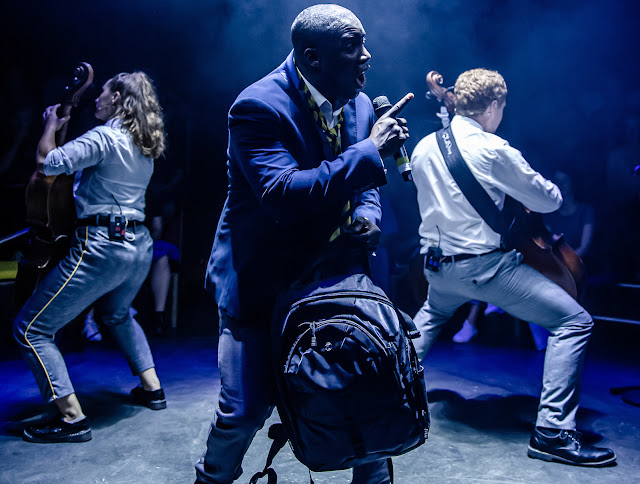 It's kept in focus by Ward. He's constantly reminding the audience of being that young kid so excited about finding a place in the world.  Even when others already have made up their minds about what exactly that place will be.

Observations about casual racism and bias delicately land throughout the piece and put you squarely in his shoes. They serve to remind you that you have to be carefully taught to understand your place in this tolerant and lovely country.

The piece has been around for a while but seems to have extra resonance at the moment. It opens describing how a bunch of white people at acting school complained about the black students having a special session with a famous black actor. It's as if it could have been written last week after the BBC platformed some white actor moaning about how he's a victim of racism. We've come a long way, but there's still a long way to go.

Directed by Paul Smith and produced by Middle Child Theatre, The Canary and The Crow is at The Arcola Theatre until 8 February. Look out for a tour to Birmingham, Hull and Bristol in May. 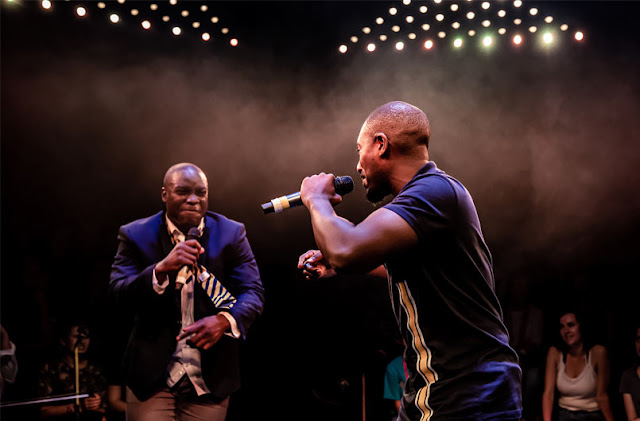