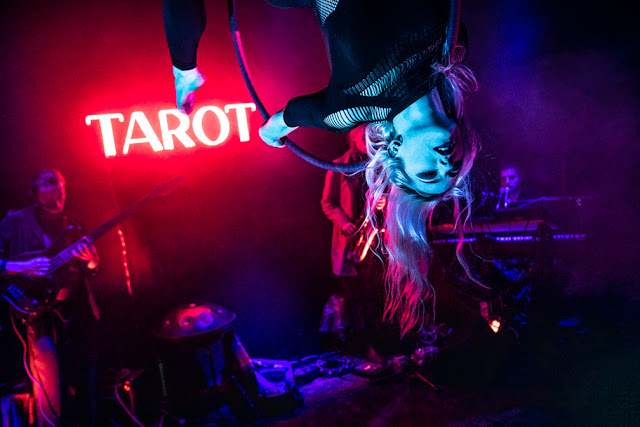 The circus is dealt another twist with live tarot readings in Tarot. It concludes its run at The Vaults tonight, but the concept is compelling enough that I suspect it won’t be the last time we’ll see this show from The Feathers of Daedalus in London. With a live band and energetic and up-close performances, it’s fascinating even if you’re not into the hocus pocus of reading someone’s fortune from a deck of cards.

It’s held together by gender-fluid compère Ruby Wednesday. With deadpan detachment, we’re given an explanation about tarot readings. Members of the audience are also given a chance to have their cards read while the performers move about behind them. It’s educational for those who have no idea about the practice of tarot card readings. But it’s also a little bit unnerving. In the tight confines of the Forge space in the Vault, you could have a circus performer land on your lap. And there’s something slightly perverse yet curiously engaging about watching a total stranger reveal something personal about themselves based on some random set of cards. 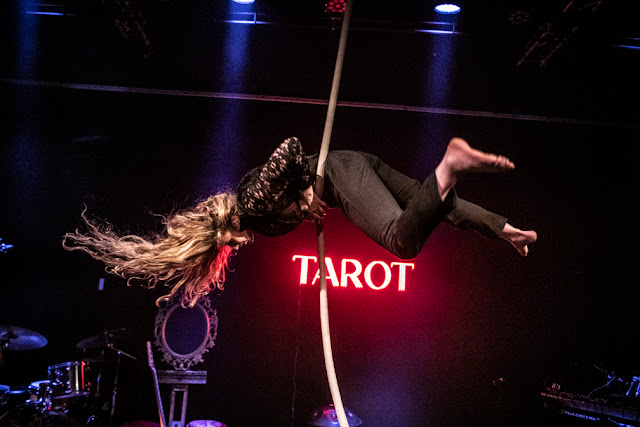 The improvisational elements will make the show a little different every night. And possibly nerves and a few technical issues didn’t put it in the best possible light. But some daring aerial work, including with chains and straps against the story of the tarot cards make for a compelling piece of circus theatre.

Underscoring the action with a live four-piece band adds to the intensity of what’s on stage. Directed by Joanna Vymeris, Tarot concludes its run at the Vault Festival in Waterloo but one to check out in the future. The Vaults Festival continues through to March. 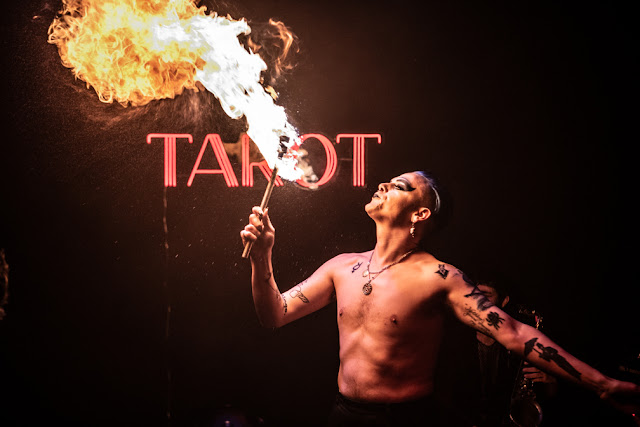