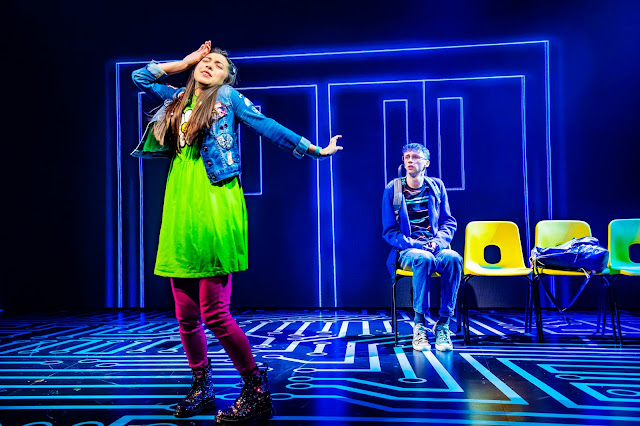 What do you do when you're a gawky young teenager trying to fit in? If you get the chance to take a particular pill from a shoe salesman that will make you more popular, why wouldn't you? And so begins an science fiction take on the high school story about trying to fit in. Where it's hard to be yourself when the voices inside your head are telling you how to fit in.  And these voices  have an uncanny resemblance to Keanu Reeves from The Matrix. With an enthusiastic cast, infectious music and a quirky take on the high school musical genre, it's fun even if you're not a devotee of the book or the social media phenomena. It’s currently playing at The Other Palace.

Be More Chill is based on a book by Ned Vizzini, which drew on his experiences at high school. Vizzini struggled with anxiety and depression throughout his life, and it led to his death by suicide in 2013. 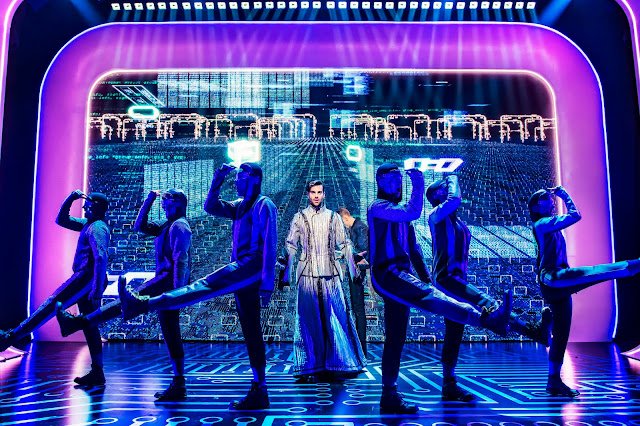 The story translates remarkably well to stage capturing in song the doubts and struggles of the characters with everyday pressures at school. There are also some astute reflections on the limits of technology, particularly in allowing young people to grow and learn on their own.

The music and lyrics by Joe Iconis seem to grow from the text in quirks and blips. Not every song may be hummable, and lines such as "when you love someone, you put your pants on," might seem a little odd. But in the context of the show it seems plausible.

Heading up the enthusiastic cast is Scott Folan as the gawky Jeremy and Miracle Chance as the quirky Christine. Alex Basco Koch's video projections also give you the sense you're trapped with Jeremy in a game that you can't get out.

A modern update of the high school musical. Well almost modern since scenes are set in now-bankrupt stores of Payless Shoes and soon to be gone Forever 21.

Directed by Stephen Brackett, Be More Chill is at The Other Palace until 3 May. 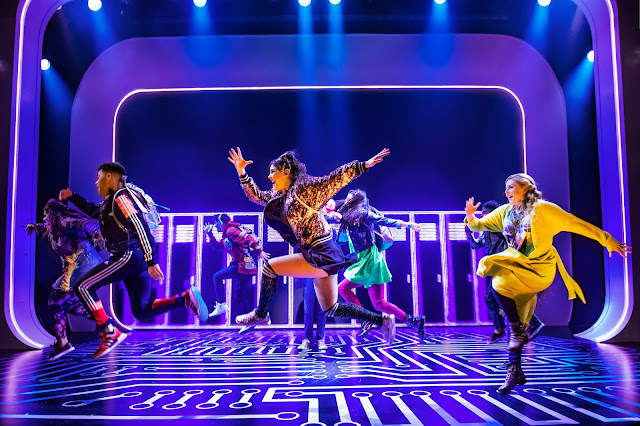