You usually expect to see the phrase “special relationship” as part of an undemanding British news article about the imaginary special connection between Britain and the United States. But the focus of this piece by Hassan Adbulrazzak is the plight of foreign nationals being deported from America after serving prison sentences. It is a misleading title. And my initial thought was, why would anyone choose to live in America? The food is terrible, healthcare expensive and you only get two weeks holiday a year. But often the people in this piece had no choice. They were born there or moved there with their parents and started a life there. And what makes this interesting is how, through verbatim interviews, the complexity and messiness of life emerges. It’s currently running at Soho Theatre.

An ensemble cast has been assembled to tell the stories of (mostly) British nationals who lived most of their lives in the United States. And how most of them through circumstances were convicted of felonies through tough on crime rules find themselves facing deportation. Except one who was convicted of murder. 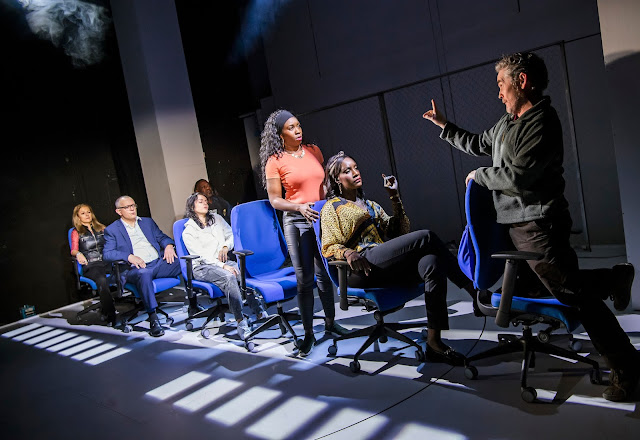 It’s a test of the audience sympathies to include a man who murdered his partner in the piece. But perhaps the argument is that after serving time for a crime, deportation is further punishment. And it doesn’t matter whether you convicted for murder or a drink driving. It’s all the same.

Interwoven in the stories is Curtis, and Immigrations and Customs Enforcement (ICE) officer played with panache by Nicholas Beveney. Less successful are the attempts to bring in current or past political figures. The points being made here go beyond whatever present flavour of politicians are in power.

One of the things that come across strongly in the piece is that if you’re not a citizen of the country you are living in, you will always be a second class citizen. And you can be thrown out. A green card can’t help you if you’re convicted of a crime.

It’s a pity that the second half of the piece didn’t explore the reverse of what happens with convicted offenders in Britain. It would be an interesting comparison and contrast looking at the hostile environment and treatment of Windrush generation. Or perhaps we should wait another year to see what happens to the EU national generation?

Directed by Esther Baker, The Special Relationship was commissioned by Synergy Theatre Project and researched in collaboration with Prisoners Abroad. It is at the Soho Theatre until 21 March. 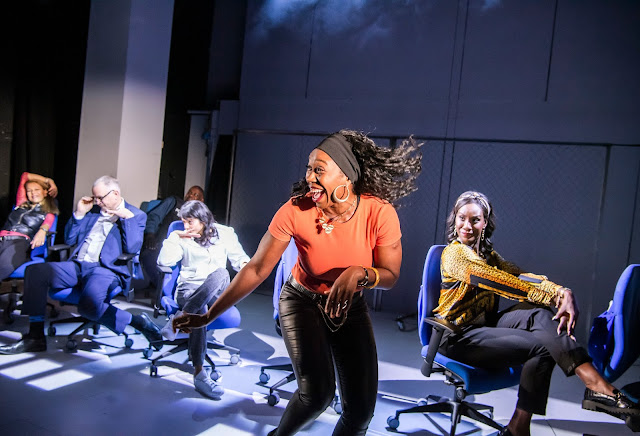