In times of national crisis, there is nothing like a good old fashioned comic murder-mystery to take your mind off social distancing and voluntary isolation. Or perhaps a silly murder-mystery. And even if the story is a bit suspect, Corpse! is mostly harmless fun and staged with a lot of panache and energy by Tom York. It's currently playing at the smaller space of the Park Theatre.

Set against the backdrop of another national crisis, Edward VIII's abdication, Gerald Moon's Corpse! (complete with an exclamation point) was first seen in the early eighties. It is about two identical twins who despise each other. The oldest (by a few minutes) Evelyn, is poor and living in a squalid Soho flat. His acting career hasn't progressed much after being accused of poisoning cast members. He gets by shoplifting from Fortnum and Mason and promising favours to his lonely landlady. His younger brother Rupert is incredibly rich after inheriting the family fortune. Evelyn has decided that the best way to change his life would be to kill Rupert and assume his life. And so he enlists the help of a dodgy ex-army major to do the deed. 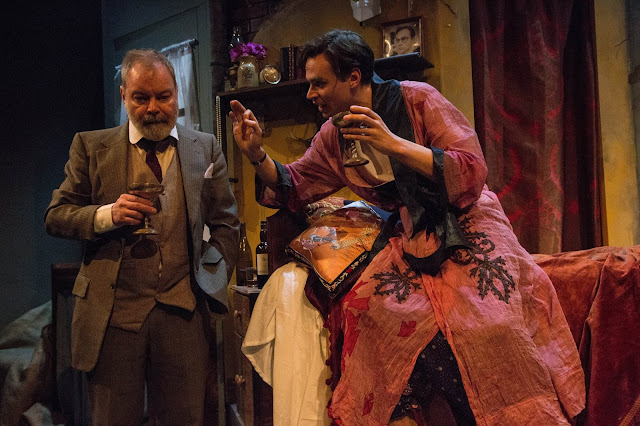 What then ensues is a series of mistaken identities, double-crossing and some canny staging in this black comedy. Tom York switches between the camp Evelyn and the sensible Rupert in a blink of the eye. His energy is infectious and amusing even when the farce is straining for laughs.

Beth Colley's inventive set which spins around from a Soho bedsit to a Regents  Park mansion before your very eyes is also a delight. The Soho bedsit also includes a cooker which treats the audience to the smells of some onstage onion cooking.

Directed by Clive Brill, Corpse! is at Park Theatre until 28 March. Worth a look if you're able to get out. 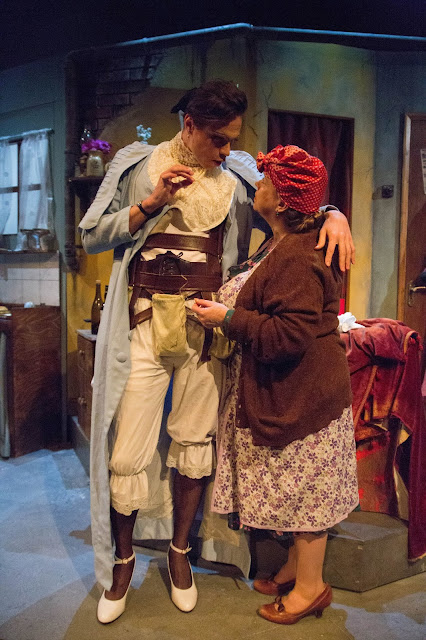