April 26, 2020
As the lockdown continues and theatres look to surviving for the next three months, here are a few other theatres to support:

Arcola Theatre - The Arcola Theatre in Dalston has been featured on Newsnight about the economic impact of Covid19 on the creative industries. It’s seeking donations safeguard its future, and you can donate directly on its website.

The Park Theatre has launched the Park Life Fund. The theatre has depleted its reserves and production fund. It estimates it needs to raise a further £100,000 to fund a three-month run-up to being able to reopen. 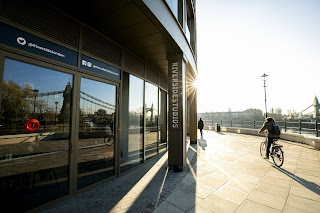 The Riverside Studios at Hammersmith, which was just reopened following a redevelopment, will be hosting a series of quiz nights with celebrity guests and isolation-friendly prizes. The proceeds will go to ensuring the centre will be able to resume operations in the future. The first of these is on 29 April with Gyles Brandreth. Stephen Fry (13 May) and Jo Brand (27 May) follow.