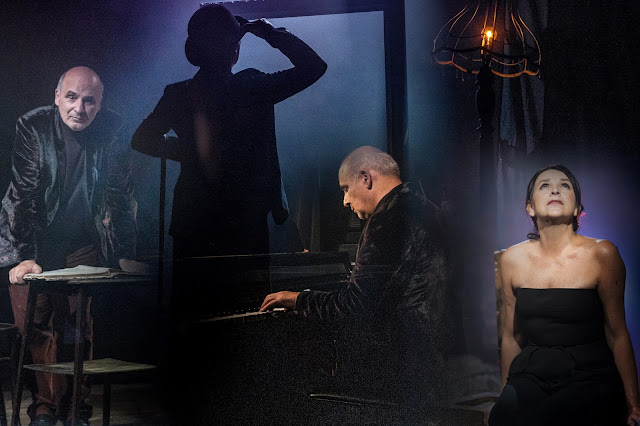 A lost songbook in an antique shop on East Finchley High Road in London could be a metaphor for a lost London. Peter Polycarpou’s discovery of a songbook full of songs from the 1920s is the basis of a song cycle that pays homage to the composers and creators of some of the most memorable and influential songs of the time. But they also capture the escapist mood sought during a different time and place.

Watching Falling Stars online at the end of 2020 during a second lockdown feels like reminiscing over a lost London and what it was like before March when you could pop out for an evening at a small theatre and get lost in some terrific storytelling or music-making.

It’s a part education of the early twentieth-century songbook, and part entertainment as Peter Polycarpou and Sally Ann Triplett interpret the songs and music of Chaplin, Irving Berlin, Buddy De-Silva, Arthur Freed and Meredith Wilson. The songs about better days, loss and reflection hark back to a different time and place yet still feel timeless and take on new meaning now.

It is a captivating hour under the spell of their storytelling and music-making as they cover songs such as Yes! We Have No Bananas to What’ll I Do? and the fun sense of just putting on a show. Even one that you can’t see live for now.

The show was due to open at the Union Theatre before the pandemic hit. Over three days under lockdown they pulled together this recording that looks and sounds excellent on the Stream Theatre platform. And for those who had purchased tickets to the live event can either transfer bookings to rescheduled dates in January or take up the streaming option.

And the streaming option might be the only option for now. Walking through the West End with its empty streets and shut theatres feel like time stopped on March 2020. For now, we can be grateful for streaming platforms to remind us of what we have lost for now.

Directed by Michael Strassen, Falling Stars is streaming on the Stream Theatre platform from 22 to 29 November. 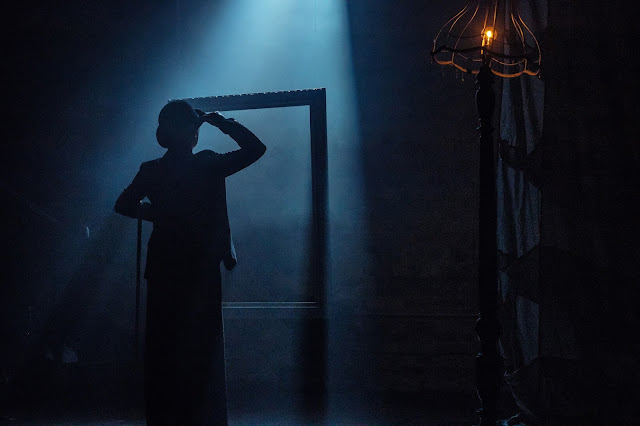