Manhunt: In Search of a White Identity @TheActorsCentre 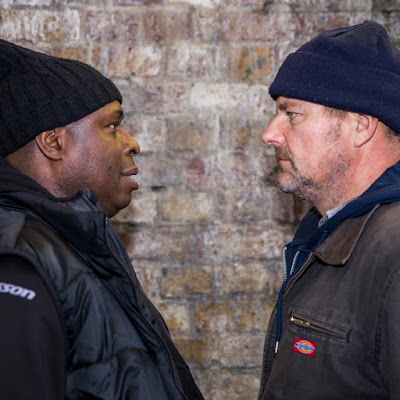 After a summer of protests and counter-protests, In Search of a White Identity looks at what happens next. Patrick and Mickey are in a cell. Both were arrested at the same protest but from opposite sides. Mickey and his like-minded people have a beef with immigrants who have out-priced him at work or on the property ladder. So he hit some guy. And Patrick’s been arrested for threatening behaviour after getting caught up with a group who were trying to take down statues.

While sizing each other up, they realise they’d grown up in the same neighbourhood. Back then, everyone got on. Or so it seemed. Nostalgia gives way to darker, harsher memories of abuse, fear and poverty. And the search for a single cause of their grievances finds that it is the conversation rather than the rhetoric that  makes all the difference.

Initially presented in 2019, it has been reimagined after the events of 2020. After all, there was a time over the summer that Saturday afternoon around Trafalgar Square was no place to be.

Writer and performer Cliffordkuju Henry presents a topical yet more gentle treatment of some of the similar issues explored in Death of England: Delroy. Drew Edwards as Mickey presents a sympathetic portrait of a man searching for something to blame.

It’s a brisk piece directed by Victoria Evaristo as well but worth a look. In Search of a White Identity is available until Sunday 6th December as part of the new season of on-demand theatre from The Actors Centre. You can also donate to help the centre on their website or as part of streaming the show. 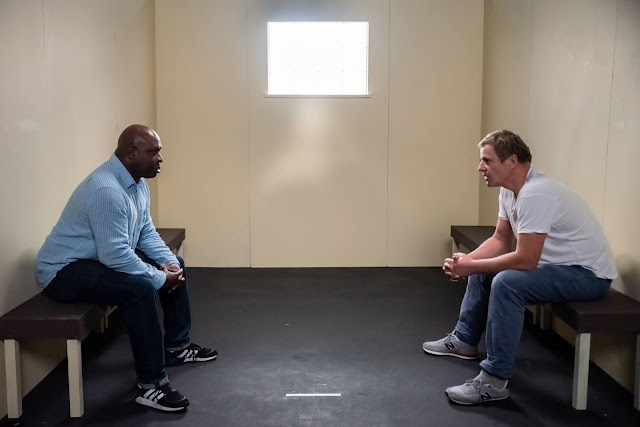