Theatres are still playing to half capacity since being an afterthought in the great unlock down. And so, the Theatre Channel’s episodes continue to serve as a reminder about what we’re missing. This time around, it’s singing and dancing in the park. Without the garbage or hordes of people mulling about.

Performances in and around the park taking a fresh look at the Rodgers and Hammerstein songbook include Michael Xavier performing Climb Every Mountain/You’ll Never Walk Alone’ from The Sound of Music and Carousel on an empty stage. Josefina Gabrielle in an alfresco take on The Gentleman Is a Dope’ from Allegro. And Caroline Sheen turning Whistle A Happy Tune from The King & I into a way to handle nerves outside the audition room.

Regents Park Open Air Theatre will be staging Carousel later this summer. There’s also a sneaky preview of the show with behind the scenes rehearsal footage with Natasha May Thomas and choreographer Drew McOnie. 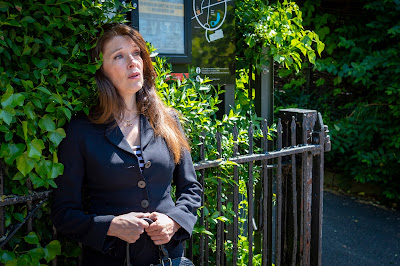