Watching The Sugar House at the Finborough Theatre reminded me of the comment made by journalist Evan Whitton that Sydney was the most corrupt city in the world. Except, of course, after Newark, New Jersey and Brisbane Queensland. But corrupt cops and underworld figures of the Sydney scene are only part of this epic family story that spans three generations of a working-class Sydney family. It's currently playing at the Finborough  Theatre.

The story opens with Narelle (Jessica Zerlina Leafe) looking over a new conversion property on the former site of a sugar refinery in Sydney. It was near where she grew up. She's a lawyer now and could afford to buy one of these bland modern conversions. But all she can see are memories of the place where she grew up with her mother and grandparents. 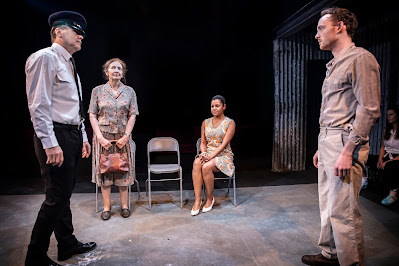 What unfolds next focuses on the harsher side of the lucky country. Where jobs were precarious and poverty, poor health and crime were not too far away. The police were a force to be feared. Their standover tactics and control of much of the organised crime and drugs trade in Australia. But as the piece moves forward to not far from today, the overt corruption is replaced by more subtle forms of discrimination in Australian society, such as the unexplained deaths in custody or curious deals with property developers to regenerate areas that were once downtrodden.

So given all that, there probably isn't much in that London audiences can take away from this tale from down under. But at its heart is the story about a family's struggle to move out of hardship.

It is an economical production for epic storytelling for all of the themes and periods covered. A cast of six (some doubling parts) cover both the core family and historical figures from the period. While also ensuring no vowel uttered isn't given a jolly good flattening to sound like true Sydneysiders. Janine Ulfane is particularly convincing as the strong-willed and resourceful grandmother and matriarch of the piece who is determined to see a different future for her granddaughter. 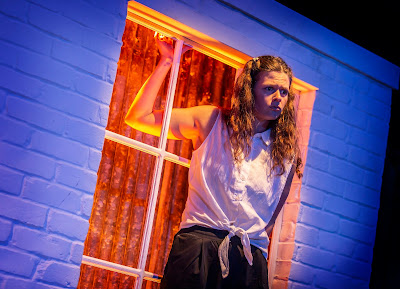 There's a sprinkling of sugar throughout the Finborough Theatre.  The specs of sugar used on stage permeate all around the performance space. It underscores that you never can quite get away from your past. Let's hope it doesn't lead to a mouse problem.

Directed by Tom Brennan and written by Alana Valentine, The Sugar House has its European Premiere at the Finborough Theatre and runs until 20 November.