A hard rain’s gonna fall: Rain and Zoe Save The World @JSTheatre 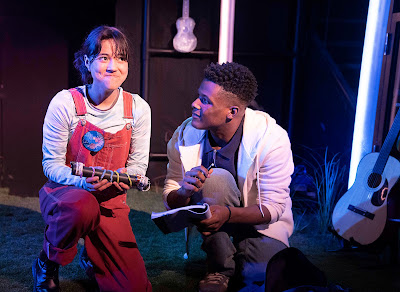 The message in Rain and Zoe Save the World is topical and perhaps foretelling. This new play by writer Crystal Skillman sees a future in which young activists do more than block roads to protest climate change. They are taking direct action by blowing up things and taking facilities offline even if they risk their lives and become outlaws. It's currently playing at the Jermyn Street Theatre.

It could be easy to dismiss the piece as a bit of a far-fetched coming of age story. But you could also see it as a harbinger of what is to come as pollution, wild weather and pandemics become part of everyday life. Something has to give, and the play suggests that a new breed of teenage activism might be the subsequent logical response. 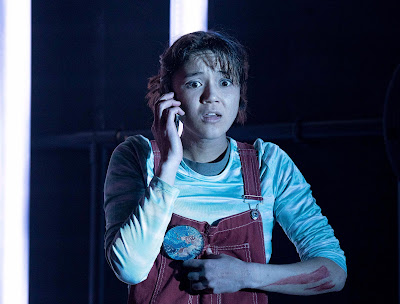 We open on with sixteen-year-old Zoe (Mei Henri) in her backyard. Suspended from school after an incident, she convinces her recently arrived neighbour Rain (Jordan Benjamin) to take his bike with them to drive across the country to find her mother at a protest.

But whether they find her mother or fall in love along the way is only part of the story. The other part is how they both find their voice among their past and present ghosts.

Those expecting a conventional story about two outsiders might be frustrated by this journey. But the engaging performances, inspired production design, and terrific soundtrack (with music by Bobby Cronin) had me hooked from the outset.

The production designed by Zoe Hurwitz is one of the most detailed ones to grace the space of this downstairs theatre. A revolve, astroturf, and a lot of imagination conjure up a road trip across America. It's beautiful to look at even before the actors take the stage.

Directed by Hersh Ellis, Rain and Zoe Save the World is at the Jermyn Street Theatre until 12 March. 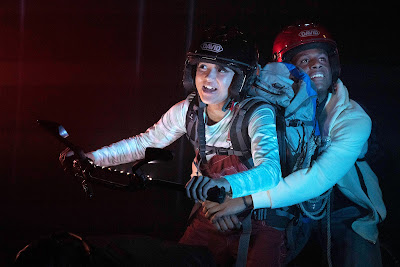