Summer means that attention for all things theatrical (and fringey) usually drifts north to Edinburgh. But over at the Union Theatre, a Chekhov double bill by new production company Art Theatre is there to remind us that London can still surprise us with exciting fringe theatre any time of the year.

There are two short comedies by Anton Chekhov and directed by Dmitrij Turchaninov, an alumnus of Studio Chekhov: Moscow Art Theatre School – which first performed  Chekhov’s plays. And with a simple staging and engaging performances, the works come to life.

First up is the Lady With The Dog, which is about a cynical married man who, while holidaying in Yalta, falls in love with another married woman who happens to go everywhere with a little dog. Based on a short story of Chekhov’s, it’s more storytelling than a play, but with its simple projections and props, you feel like you are on holiday at the turn of the last century. 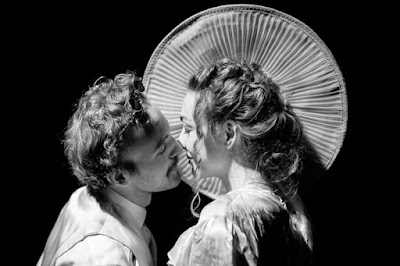 After the interval is The Bear, a story about a retired officer chasing up his debtors, but he isn’t having much luck getting anyone to pay up. So, out of desperation, he resorts to visiting a grieving widow for a missed payment from her deceased husband. She offers to settle the debt in a few days, but he keeps insisting on payment now and refuses to leave. It’s part battle of wills and part exercise in futility as each goes through the motions of what they think they should do, playing the roles of grieving widow and debt-chasing misogynist. It may not be everyone’s idea of a comedy, but there are plenty of sharp observations about keeping up appearances.

The double bill is also a showcase of the resourcefulness of Anna Viller and James Viller. The focus in both pieces is on them, and they create the time and place in both pieces with their descriptions, actions and well-timed delivery. At times they mingle among the audience, and it becomes an immersive experience for everyone.

The double bill presented by Art Theatre runs at the Union Theatre in Southwark until 27 August. 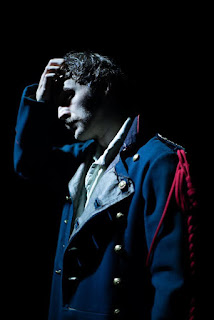