As part of its Temptation Season, Jermyn Street Theatre serves up a civilised and biting farce with Love All. Full of incisive observations about the roles and expectations for women at the time while managing to be a fun and silly romp spanning Venice and London, it is a both a guilty pleasure and a lost gem currently playing at the Jermyn Street Theatre.

Written by Dorothy L Sayers, better known for her detective novels, there is an obsessive attention to detail in the piece. You could miss something crucial to the plot or a laugh later on if you're not paying attention. 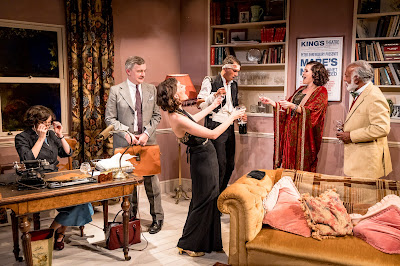 The premise is that Lydia Hillington (Emily Barber), a famous London stage actress, has given up the stage to elope with a famous novelist Godfrey Daybrook (Alan Cox). But after eighteen months of living in a hotel on the Grand Canal, all is not well. A chance meeting with a producer inspires her to escape to London to audition for a role an exciting new playwright is casting (Leah Whitaker). Meanwhile, Daybrook decides to confront his ex-wife for a divorce after she has been putting off settling due to being too busy.

Although it's a farce, not a detective story, it feels as if revealing anything further about the plot other than the first half is set in Venice and the second half takes place in a London flat would spoil the fun of it all. There’s a whodunnit approach to the piece where fragments of the story become clues for future laughs. 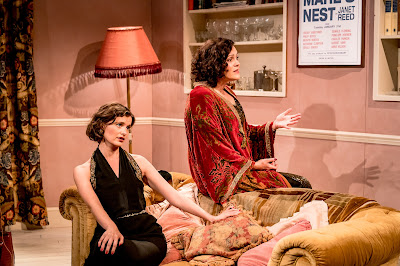 Throughout the piece, Sayers has her characters comment about the lack of opportunities for women to work, particularly once they are married. While things aren't as dire as they were in the 1930s, we still live in a world with a noticeable gender pay gap. Yet the profound messages are delivered with such style and hilarity that this production and its cast make it easy to savour every moment.

It is a beautifully detailed production with Louie Whitemore's set design and Anett Black's costumes capturing the spirit of 1930s Venice and London.

First staged in 1939 in an unfortunate impact of bad comic timing, it did not have a long run with the outbreak of the Second World War. It's great to see it have a revival at last.

This show is outgoing artistic director Tom Littler's final production and the intimate space of the Jermyn Street theatre. It runs until 8 October. 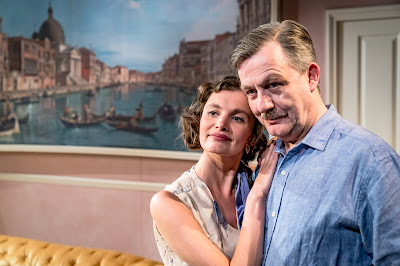