A drawn out title for a drawn out play: We Are Proud To Present a Presentation About the Herero of Namibia... 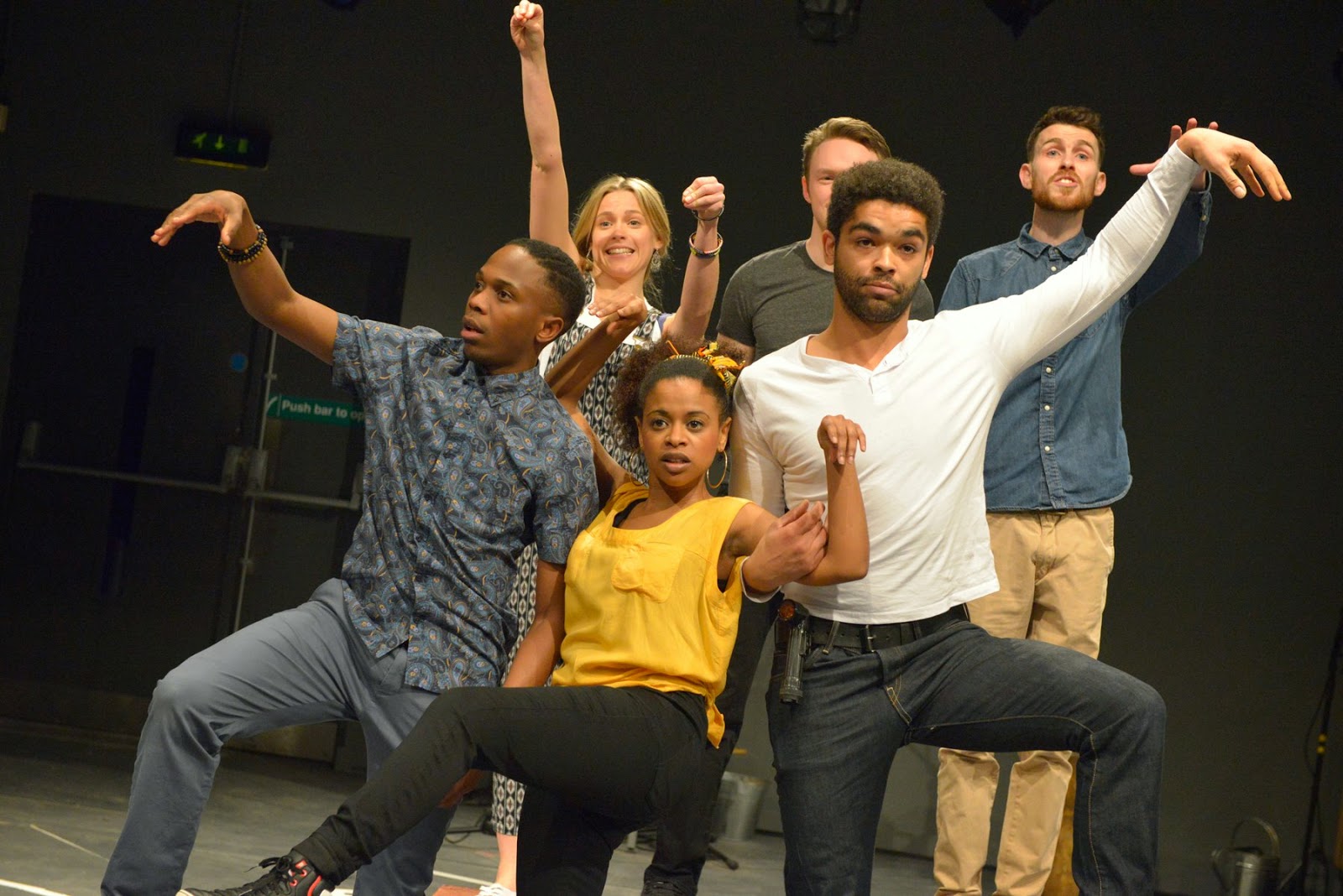 Jackie Sibblies Drury's play, which has the full title of: We Are Proud To Present A Presentation About the Herero Of Namibia, Formerly Known As Southwest Africa, From the German Sudwestafrika Between The Years 1884 - 1915, shows that there is a fine line between challenging an audience and boring them to death. About twenty minutes into the piece of shouting and confusion (which is intended as it is scripted) we wanted to leave, but both the work and the layout of the Bush Theatre conspire to keep you captive... Whether you want to be or not.

It is the European premiere of the work which received some (but not universal) acclaim in New York in 2012. The play tells the story of a group of actors who gather together to tell the forgotten story of the first genocide of the twentieth century, where Germans put down resistance against their colonial rule by systematically killing and expelling the ethnic groups of people from their land. Good intentions and a desire to understand the motivation behind the Germans clash with the banality and horror of the past. There is an interesting premise behind how do you recreate horror and serve it up as education while also being entertainment.

But it takes too long to make its point and the central concept of locating the piece within a theatre workshop ensures you are kept emotionally distant from both the historical story and the personal experiences of the actors. Even for actors, the characters are particularly shallow and irritating and so by the time it reaches its overly melodramatic, yet shocking climax you may already be too emotionally spent from this production to care too much.

This is a shame as the point of the piece has never been more relevant while headlines such as police institutional racism (and corruption) fill the news. While the material may be suspect, the performances by the cast are incredible and emotionally exhausting. The production is also imaginatively staged. You enter through the back door of the theatre (as it's a "workshop") and during the performance sound effects, video projections and bits of stage are deconstructed add to the elements of the story.

But ultimately this workshop of horrors will just leave you stunned. And perhaps not for the reasons the creative team intended it to be. There is no curtain call, the lights just come on and you stumble out into Shepherds Bush.

We Are Proud To Present A Presentation About the Herero Of Namibia, Formerly Known As Southwest Africa, From the German Sudwestafrika Between The Years 1884 - 1915 continues through to 12 April.