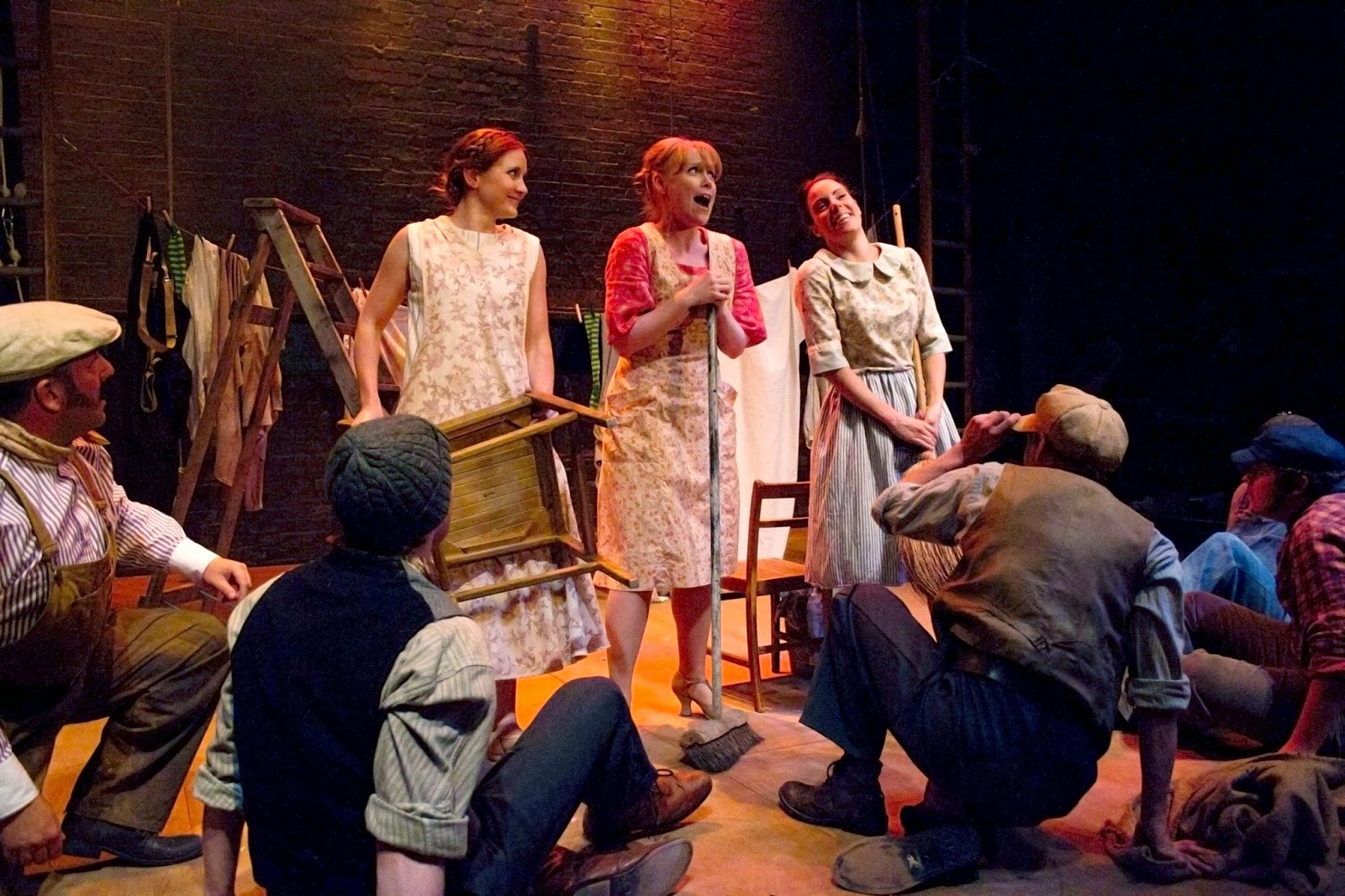 Carousel, the second musical from Rodgers and Hammerstein is given a new lease of life in this energetic and sexy production currently playing at the Arcola Theatre.

Updating to 1930s against the backdrop of the Great Depression gives this production a chance to be a bit rougher, a bit more dangerous and a lot sexier.

But the decision to sing without amplification and paring the production back to its bare essentials gives a chance for the characters to be understood better. It also helps minimise some of the sentimentality now attached to many of the songs from the piece.
You'll Never Walk Alone, which tends to evoke various responses nowadays given its association with football teams and annoying mothers day commercials, is now a sombre barely accompanied piece that in the context of the violence of the piece is given a fresh perspective. There are so many songs from this show which have become musical standards, but presented here without amplification but with a wonderful small orchestra they seem so fresh and emotional.

The story focusses around mill worker Julie Jordan (Gemma Sutton) who falls for the masculine charms of Billy Bigelow (Tim Rogers), the man who works for the carnival. A chain of events that then unfold suggests their destiny is predetermined by the hand of fate. Meanwhile Julie's friend Carrie Pipperidge (Vicki Lee Taylor) dreams of a life with local ambitious fisherman Mr Snow (Joel Montague).

This production has cut some of the sequences and trimmed it a little but its amazing how thrilling the show is to watch in the intimate space of the Arcola. There is so much going on with ingenious choreography and resourceful use of props and pieces that you cannot help but be totally engrossed in this tragi-comic story.

An exciting new production from Morphic Graffiti which continues through to 19 July.

First impressions at interval with


listen to ‘First impressions at interval boo: Carousel @arcolatheatre with @johnnyfoxlondon’ on Audioboo