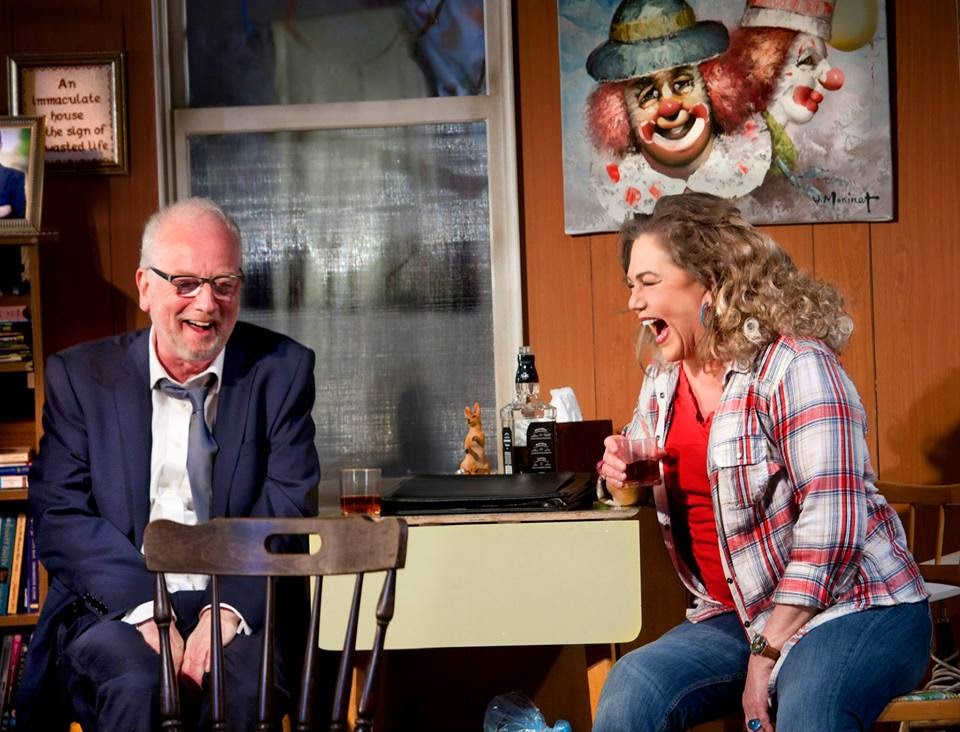 Bakersfield Mist and its tale about forgeries in the art world might not be the most original piece of theatre, but the opportunity to see Kathleen Turner and Ian McDiarmid work together makes it a memorable night at the theatre.

A fan of her performance in Serial Mom, I have a soft spot for any opportunity for Kathleen Turner to  say filthy words. After a few minutes, when she said fuck about ten times I knew this was going to be a show I was going to enjoy.

But others may not be so indiscriminating. 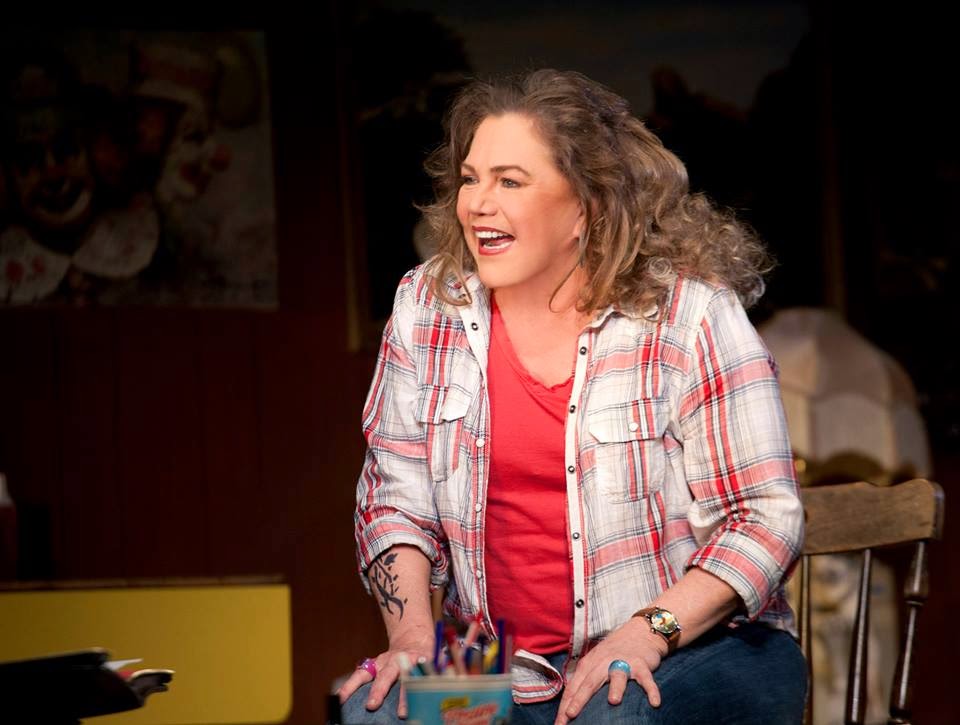 Turner plays a boozy ex-bartender who is down on her luck. She is hoping that a painting she found in a car boot sale is a lost Jackson Pollock which finally might mean that something has gone her way. 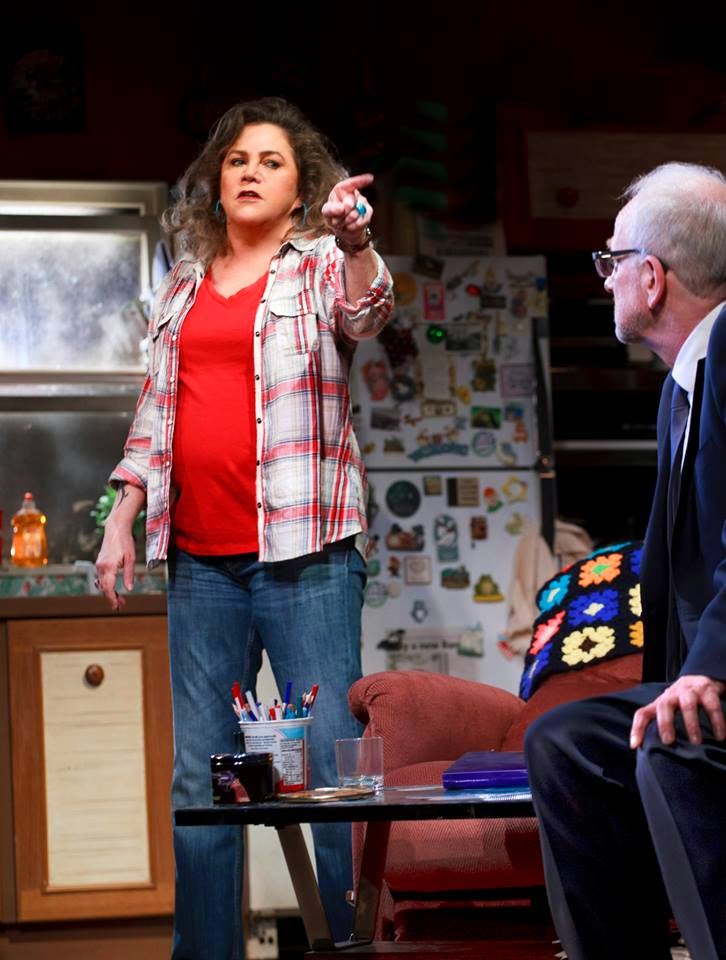 But while the characters might appear to be stereotypes and it is fairly obviously plotted there are enough surprises in the material and Turner and McDiarmid make enough of the characterisations to give you a sense that you have seen something worthwhile.

The elaborate trailer set which serves as her home is also a boxing ring where the two characters spar for the duration of the piece, and by the end of it the two have more in common than they would care to admit.

Written by Stephen Sachs, running only 80 minutes it is a perfect evening diversion to contemplate how someone else's life went so wrong.

It runs until 30 August.

And you can see Turner's previous foul mouthed performance on Youtube.