Always look on the bright side: My Mother Said I Never Should @St_JamesTheatre @tinyfiresltd 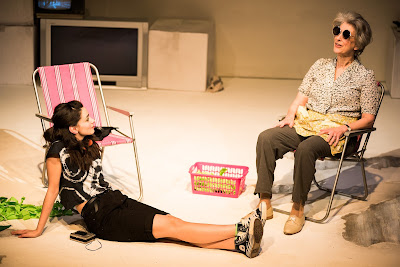 My Mother Said I Never Should is a night to remember at the St James Theatre. An epic and detailed character study, lively performances and a great production makes this revival a must see.

Charlotte Keatley's play covers the opportunities, disappointments and secrets of each generation of women in this character study. There are no men on stage here, but they are often the subject of the discussion. Each scene is so economically written; giving insight and meaning about their choices and challenges. It's also clever as it puts the audience in their shoes and has you reflecting on your own family and their experiences. 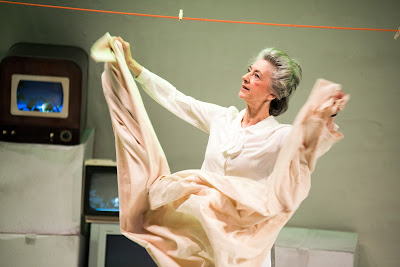 The play tracks four generations of women from the war to the mid eighties. There is Doris, who pulled herself out "reduced circumstances" to become a teacher. She then got married and had to quit her career to become a mother. Her daughter Margaret, never wanted to have children. She wanted to be career woman but ended up having a daughter Jackie. Jackie as a free-loving kid of the sixties ends up having a baby by a married man. And so Margaret takes her granddaughter Rosie as her own, while Jackie plays big sister and gallery owner.

The cast assembled also serves the material well. Maureen Lipman as Doris gets laughs just through her delivery of lines such as "end terrace". But she also traverses the ages from an uptight mother demanding her daughter practice the piano to a carefree great grandmother, who loves nothing more than letting her bare feet get some sun. She nails the changing ages and attitudes of the character. 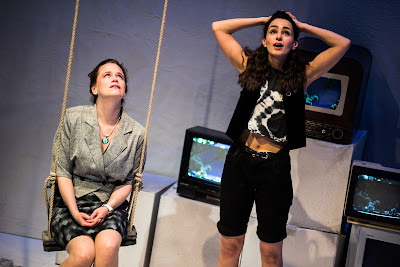 Caroline Faber as Margaret gives her a resigned and stoic heroism. As a woman who put aside her ideals for a greater good. Yet also someone who moves away to London in search of a career and a break from family.

Katie Brayben as Jackie captures the contradictions of the role. Regret balancing career ambitions and appearing to be a big sister rather than a mother. Her personality and warmth probably makes the audience much more forgiving of her character. Serena Manteghi is an energetic and boisterous Rosie. Her story arc is less epic than the others but she still delivers a fun and lively performance.

The piece is given a slick production here with its old-style televisions peppering the stage. They serve to show clips from the periods, reminding you of the time and place. This is helpful as the piece does move back and forth in time.

My Mother Said I Never Should by Charlotte Keatley runs at the St James Theatre until 21 May. 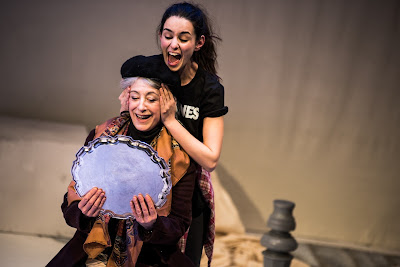