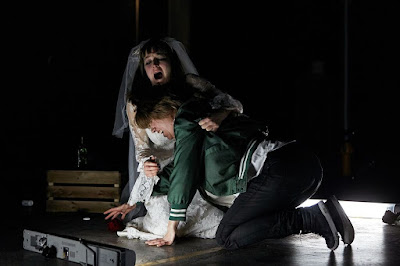 Continuing their tradition of opera in surprising and unusual locations, Pop Up Opera delivers a sensational and dramatic compact performance of Bellini's I Capuleti E I Montecchi. It is easy to get swept away with the drama on stage thanks to the strong performances of the leads.

While every venue they perform in is different, the basement of a Baker Street restaurant lent itself well to this reworking of Romeo and Juliet. The action takes place in low places and hiding areas and so the polished concrete and bare staging worked well here. And the hard surfaces meant you could hear every aria and recitative. 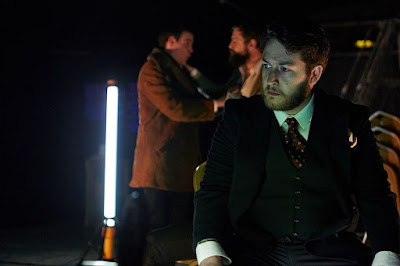 Bellini's opera reworks the story of Romeo and Juliet. Not much of the original story exists, although the names of the protagonists, a faked death and missed messages remain. But simplifying the story focuses it around the themes of love and family ties. In this production the focus is just on the principals and the music serves as a sublime contrast to the violence of the subject matter.

A young and good looking cast has been assembled here that are focused in both their dramatic and vocal performance. 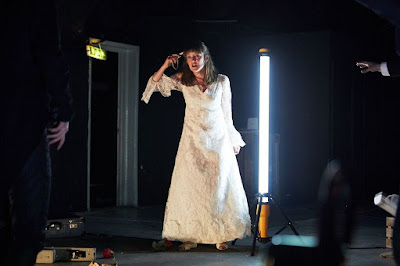 As a product of the time it was composed, Romeo is a trouser role here, sung by a mezzo soprano. But it is played with panache by Flora McIntosh. She has swagger and is a treat to watch as she moves between violence and longing for Giulietta. Soprano Alice Privett as Giulietta is her equal with similar vocal clarity and strength. 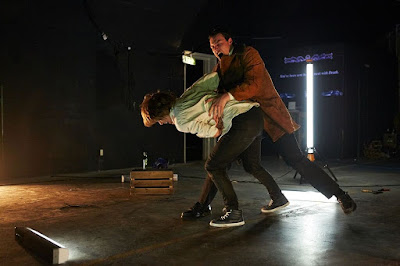 Andrew Tipple gives an assuring performance as Capellio. Matthew Palmer as Lorenzo and Cliff Zammit-Stevens as Tebaldo ensure their supporting roles are just as memorable and dramatic. And again holding everything together is musical director Berrak Dyer at the piano.

All told it is a thrill to watch. Pop-Up Opera are famous for delivering witty re stagings of forgotten operas. This opera, is a bit more serious than we are used to receiving from the troupe. But in many ways it showcases the potential for a compact or popup opera through the resourcefulness of the production and with a cast delivering strong performances.

It is performing at various locations throughout the spring and one not to miss.