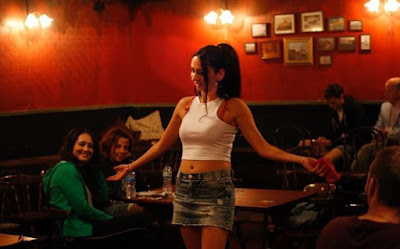 Confessional is in until 29 October at Southwark Playhouse. It’s an immersive production of an overlooked Tennessee Williams play that transplants the action to Southend on the Essex Coast.

The experience is the thing here where the audience joins the cast in a pub (an authentic looking boozer recreated in The Little at Southwark Playhouse) and the action kicks off all around you.

The piece centres around Leona Dawson (Lizzie Stanton). She is getting her act together after discovering her layabout boyfriend (Gavin Brocker) has been cheating on her with her mentally ill best friend. And it just happens to be the anniversary of her younger brother’s death.

When a couple of gay men come into the bar - one who looks a bit like her dead brother -  things start to get to breaking point. Amid all the drinking and rough talk it all starts to get a bit messy. You know where things are heading. All hell threatens to break loose. And it eventually does. 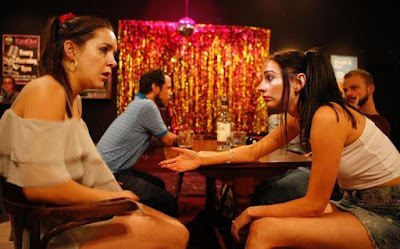 If Tennessee Williams did an EastEnders episode, this might have been it. Written by Williams in the 1970s it has never been performed in the UK previously. It may not be one of his great works, but this is an occasion where the experience is the thing… And watching it with a few beers probably helps too.

Confessional continues at Southwark Playhouse until October 29.  All photos by Simon Annand. Apparently nobody gets their shirt off in the show (or gets in some isometric-type stretching poses) but they do here... 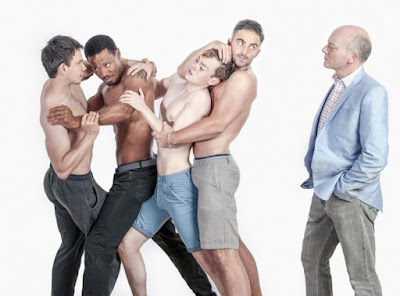