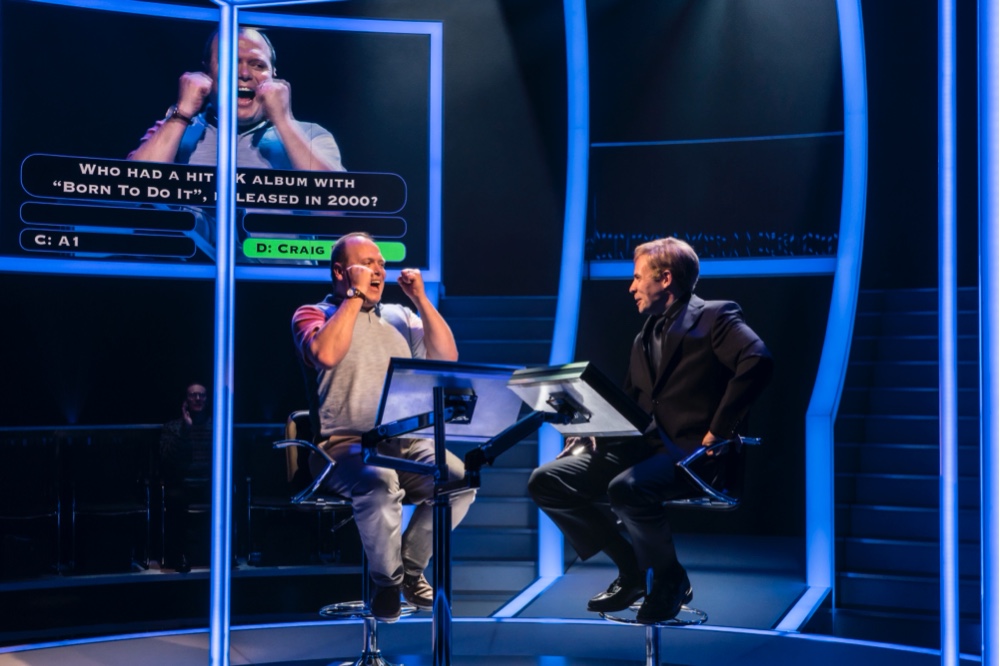 You don’t often expect to go to a show where coughing during the performance is essential part of it. James Graham’s Quiz at Noel Coward Theatre elevates a minor moment in history into a melodrama fit for television. The story is around the trial of Charles and Diana Ingram who were convicted of trying to defraud the quiz show “Who Wants To Be A Millionaire” in 2003. Mostly through a series of well-timed coughs.

Cameras roll, music roars, the mob votes on little gizmos. There’s even a nod to the humble pub quiz as its origins. It is fun. But it’s also a night that leaves you thinking about another quiz show. Pointless. The production is drunk on the television gimmicks it’s trying to critique. The glamour of television, instant polls and dazzling lighting. 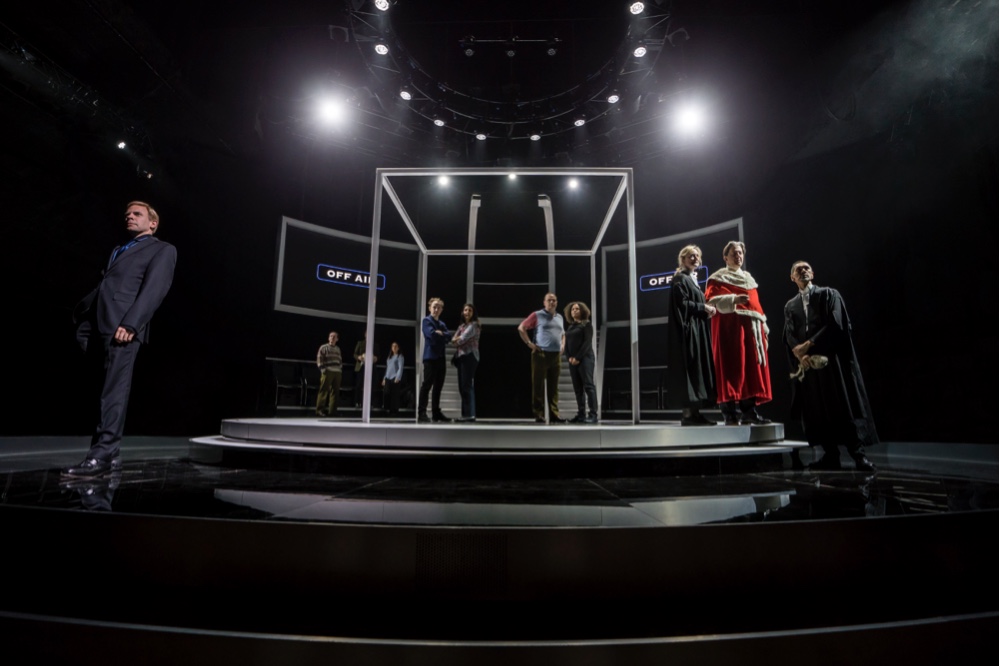 All come at the expense of character development and a convincing argument about confirmation bias. You get a chance to vote on whether they’re guilty twice. Once before interval and once at the end. It’s set up to get people to be more open minded second time around. But that’s only if you care about the characters. What comes across strongest is they’re odd and generally unlikable, even if you didn’t know the Ingram’s would be later convicted for insurance fraud.

The performers do their best with the material. But they’re no match for razzle dazzle of showbiz. At times it touches on some serious issues. The manufactured news from a relentless publicity machine. The cosy relationship between the police and press.

But this is no Network. Soon there’s another instant poll or pub quiz to answer and we’re back to a night where the pursuit of the trivial is all that’s at stake. If that’s all the West End can offer you’d be better off staying in and watching the evening news.

Directed by Daniel Evans, Quiz is at the Noel Coward Theatre until 16 June. 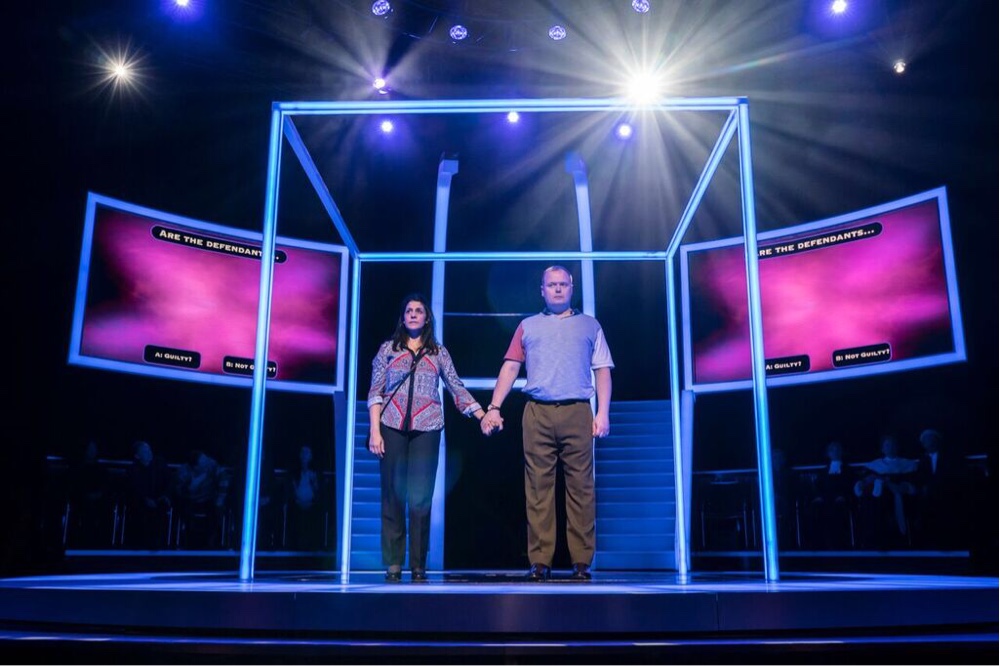