Privileges and power: White Guy On The Bus @Finborough 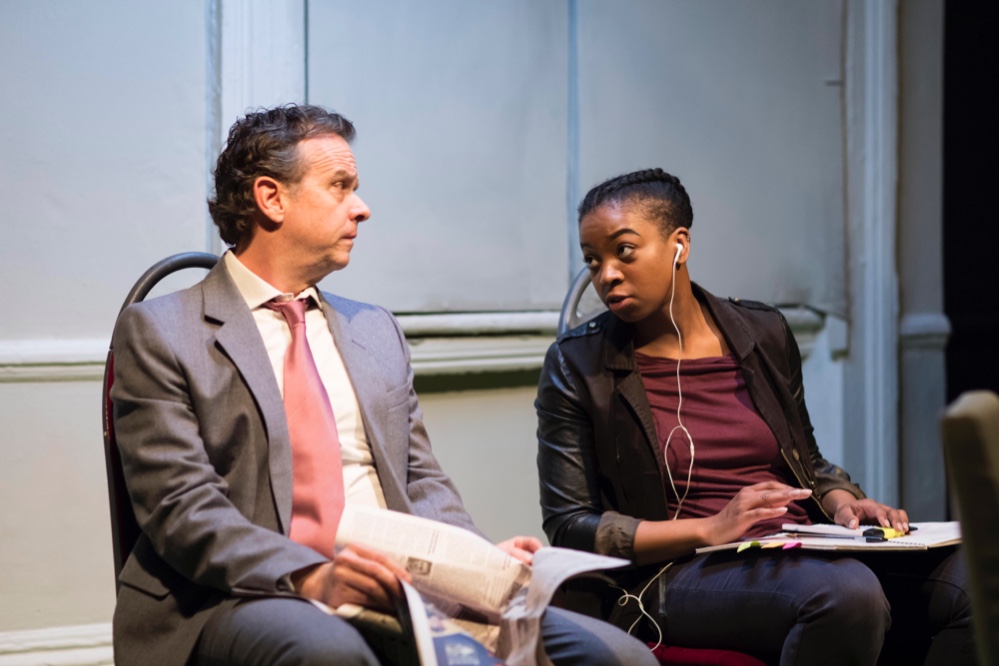 It’s always grim in Philadelphia in White Guy On The Bus. It’s a sharp, insightful and unsettling piece to remind us that race, power and inequality loom large over everything that happens in America. Or even here. It’s currently playing at the Finborough Theatre.

It opens with what appears at first to be a series of lectures among two white couples about unconscious bias and latent racism. They’re on the lawn of a lovely house in Philadelphia. It seemed as topical as the aftermath of a recent Quentin Letts review.

But that’s just a starter to what writer Bruce Graham really wants to tackle. The piece zeroes in on the divide in Philadelphia between low income blacks and the well-off white communities. The two remain separate and unequal. Philadelphia may be edgier than other parts of America, but it’s a story that applies anywhere. London too given the growing incidence of gang violence. 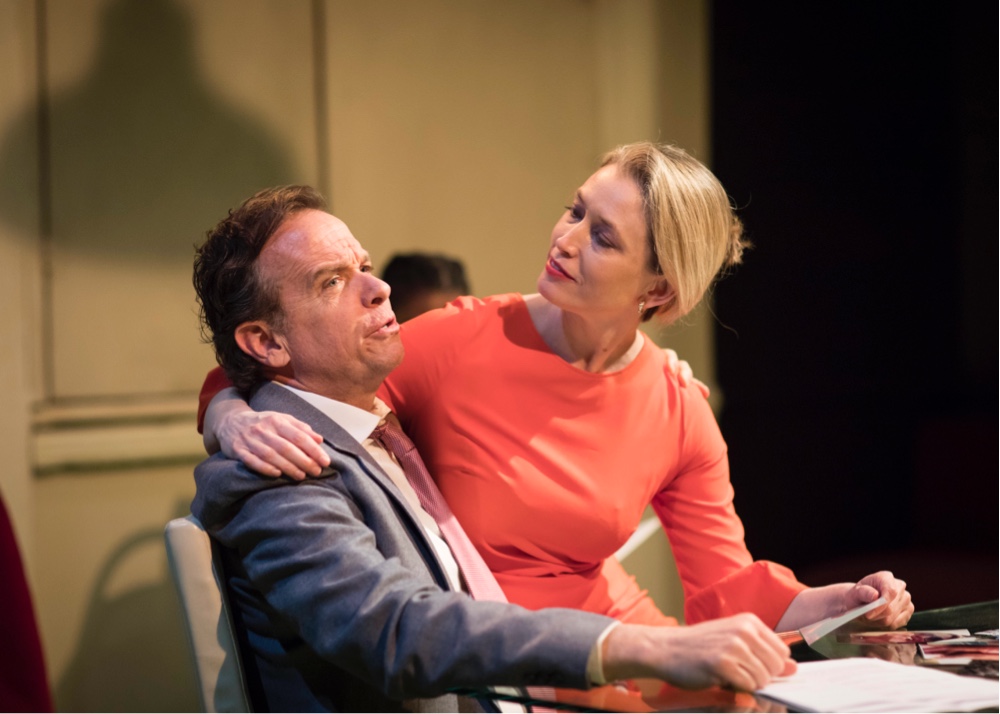 The play focuses around Ray (Donald Sage Mackay - in his London Theatrical debut). He works in finance in a job which is to “make rich white people richer”. He lives a life of domestic bliss with his wife Roz (Samantha Coughlan). Roz also teaches in a tough mostly-black school where she’s known as the “white bitch” by the good students.

But among the fragmented conversations with their friends about race relations, Ray is sitting on a bus heading for a local prison with Shatique (Joanna McGibbon). She’s studying to be a nurse and visiting her brother. He seems at first to have no purpose being there.

Yet before the end of the first half Graham again twists the story heading it to it’s darker conclusions on the state of race, the economy and justice.

The performances are thrilling. Particularly by Mackay and McGibbon who serve as the two divided groups.

The simple set puts the audience up close to either side of the performers. With a green lawn and deck chairs it evokes the beauty of the white suburbs of Philadelphia. Two bus seats ripped from some grim public transportation origins serve the second part of the story.

Directed by Jelena Budimir, White Guy On The Bus continues at the Finborough Theatre until 21 April. 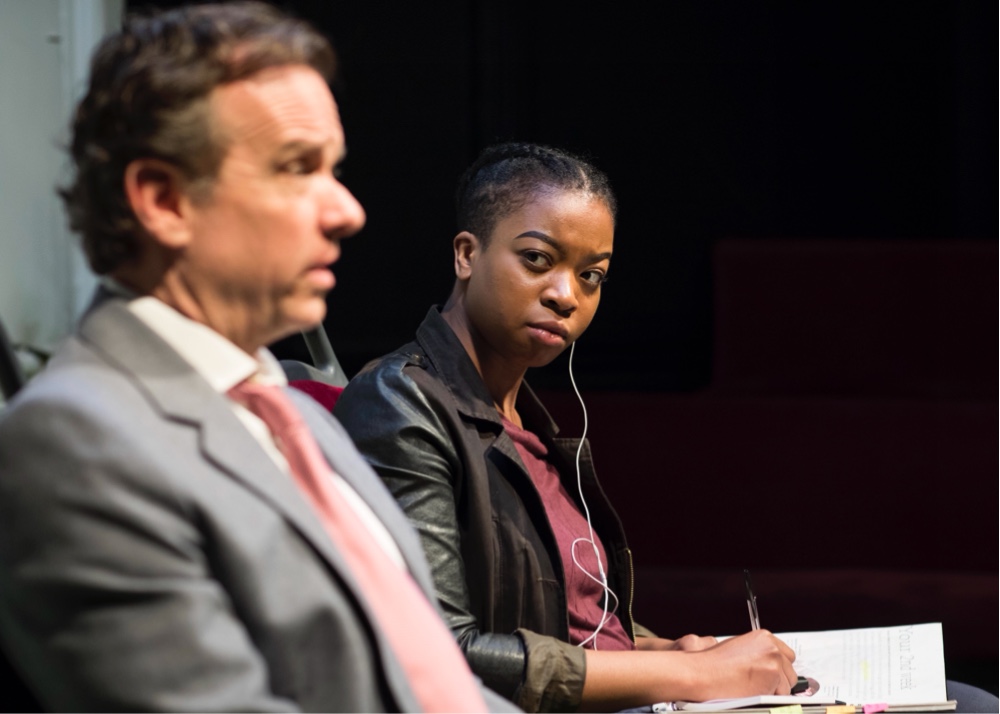