A class of their own: HMS Pinafore @KingsHeadThtr 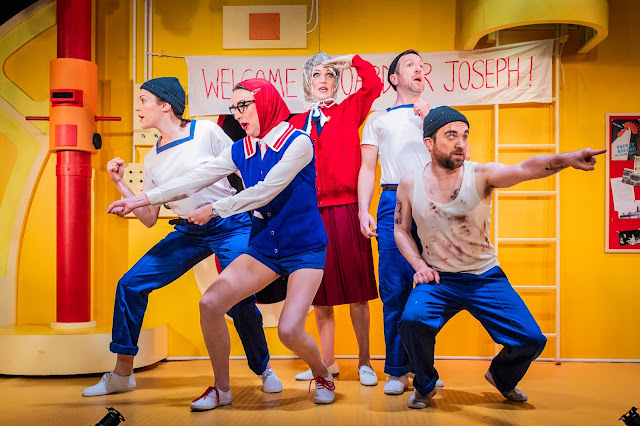 Charles Court Opera's production of Gilbert and Sullivan's HMS Pinafore takes life below deck to a new level. Set on a bright yellow submarine in the 1960s, it is a treat. Particularly with some excellent vocal singing from the small cast. It's currently playing at the Kings Head Theatre.

As a satire on the enduring preoccupation by the English on class, the piece never feels dated. So shifting the time and place doesn't seem such a bad thing. It's full title HMS Pinafore, or, the lass that loved a sailor pretty much sums up the story. The captain of the HMS Pinafore intends his daughter to marry the first Lord of the Admiralty, but she is in love with a lower-class sailor.

Here with a small cast while the chorus is reduced, it allows us to focus on the main action. And the music under the direction of David Eaton on keyboard. The cast works well to balance the demands of the music with the comic elements of the piece. 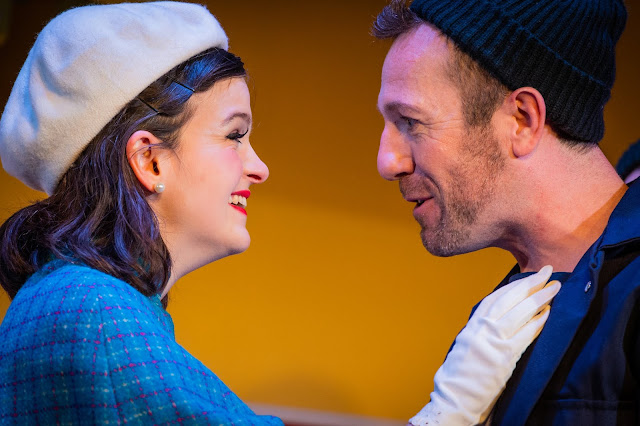 As the lovestruck sailor Ralph Rackstraw, Philip Lee has a strong tenor voice and some excellent comic timing. Alys Roberts as the Josephine, the captain's daughter is also vocally strong.  Joseph Shovelton is perfect as the somewhat ridiculous and under qualified First Lord of the Admiralty.

Last week while watching the show that has been following it, I found myself distracted by wondering what those unusual shapes and bits concealed behind a black curtain were. Set and costume designer Rachel Szmuckler has created a unique and detailed look for the show. Complete with bunk beds, periscopes and ladders.

Charles Court Opera is presenting it's tenth Gilbert and Sullivan Season at the Kings Head Theatre. It's clear they have developed a loyal following with their comic and witty adaptations.

Directed by John Savournin, HMS Pinafore is at the Kings Head Theatre until 11 May. 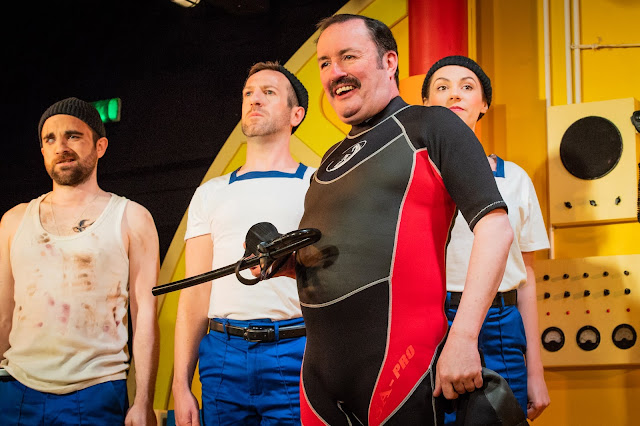